In 'Once Were Brothers,' The Band's Earliest Years Shine 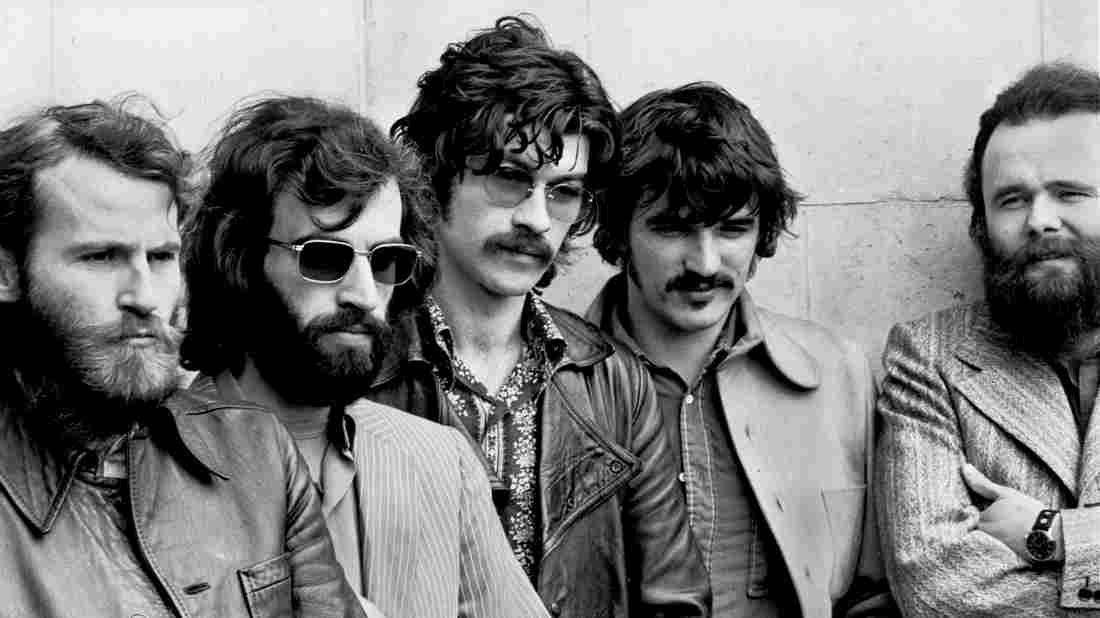 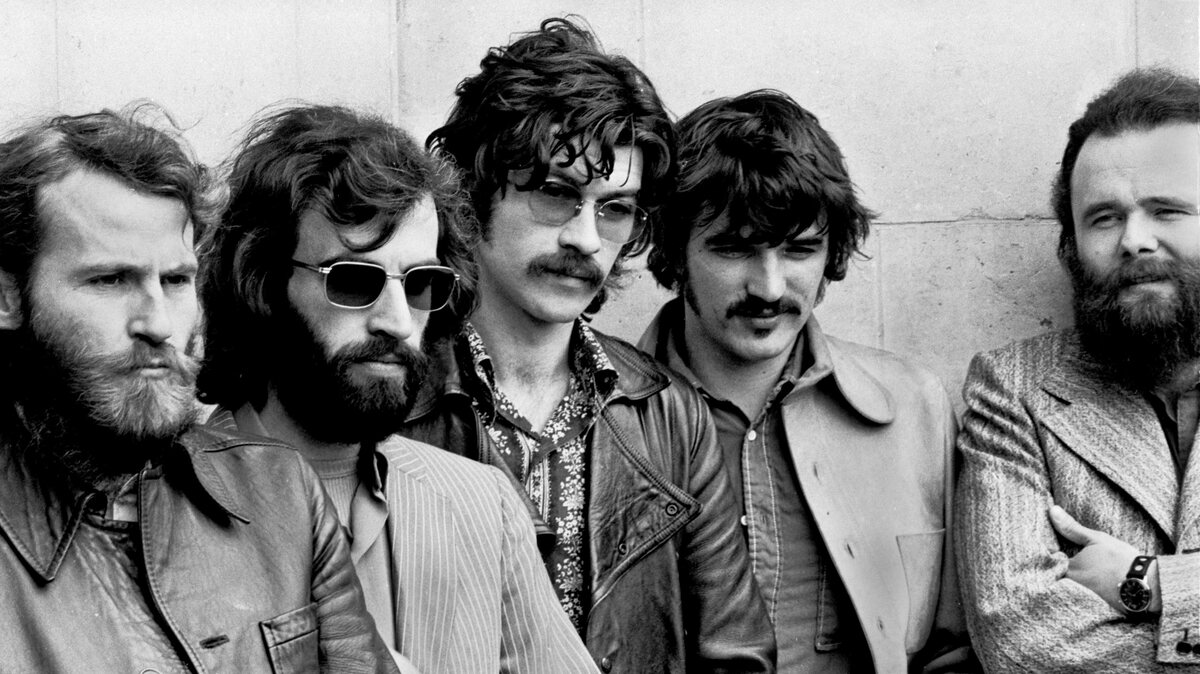 The Band generated mythic status from the start. Crashing on the scene as Bob Dylan's anonymous-but-not-for-long backup band on his controversial and thrilling electrified tours of 1965-66, the group emerged fully formed, capable of both intense and experimentalist noise and tight, basic rock and roll.

The Band's first album, Music From Big Pink (1968), was embraced by musicians and critics and seen as the harbinger of a new kind of post-psychedelic roots music. That album and their second, The Band (1969), were not big sellers, but gained huge respect from critics and musicians as the group built up a passionate fan following. In 1975, critic Greil Marcus described them in Mystery Train: Images of America in Rock and Roll as "committed to the very idea of America: complicated, dangerous, and alive. Their music gave us a sure sense that the country was richer than we had guessed; that it has possibilities we were only beginning to perceive."

That symbolic weight was the core of The Last Waltz (1978), Martin Scorsese's loving documentary capturing the group's final concert in 1976. Scorsese's film framed the project as more Robertson's band than interdependent whole — which all became a bit much for drummer Levon Helm who, in his 1993 book, This Wheel's on Fire, blamed Robertson for its breakup and accused him of taking credit for songs that should have been shared. Helm died in 2012; bassist Rick Danko in 1999; and pianist Richard Manuel committed suicide in 1986. Robertson and organist Garth Hudson are the only surviving members.

A new documentary, Once Were Brothers: Robbie Robertson and the Band, directed by Daniel Roher, is a warm, poignant take on The Band's story — again, as the subtitle suggests, from Robertson's point of view. It often feels like a direct response to Helm's version of the story; in extensive interviews, Robertson heaps praise on his bandmates and reminisces wistfully about their best years together. Accompanied by beautiful photos of recording sessions and Big Pink, the group's house in Woodstock, New York, the film is nostalgic and elegiac, and adds to the sense that the recording of their first two albums was a musician's utopia — deeply collaborative, done on their own terms. There are the usual rock documentary talking heads — with the likes of Eric Clapton, Bruce Springsteen and Van Morrison appearing — as well as archival interview clips from The Band's members.

The gems here are the tales of Dominique Bourgeois, Robertson's ex-wife, a French-Canadian journalist who met him in Paris while on tour with Dylan in 1966, and who then lived with him during the making of The Band's classic records. It's still rare to see women represented as essential to the rock scene of that era, and Dominique Robertson's contributions recenter the Big Pink experience around relationships and place, rather than solely music.

The film's most significant contribution to the group's overall legacy is its extensive coverage of the earliest adventures of The Band, when they were still The Hawks and backing up the great rock wild-man Ronnie Hawkins in clubs around Toronto and on tours through America. Plenty of fresh photos and a television performance from those years help add detail and texture to a formative period for rock and roll, the pre-Beatles '60s, that's often mischaracterized as lacking grit.

Once Were Brothers presents that era as historically on par with any show The Band performed with Dylan — which, in the end, might be its most significant contribution.