From Lawn Mowers To Rock Concerts, Our 'Deafening World' Is Hurting Our Ears 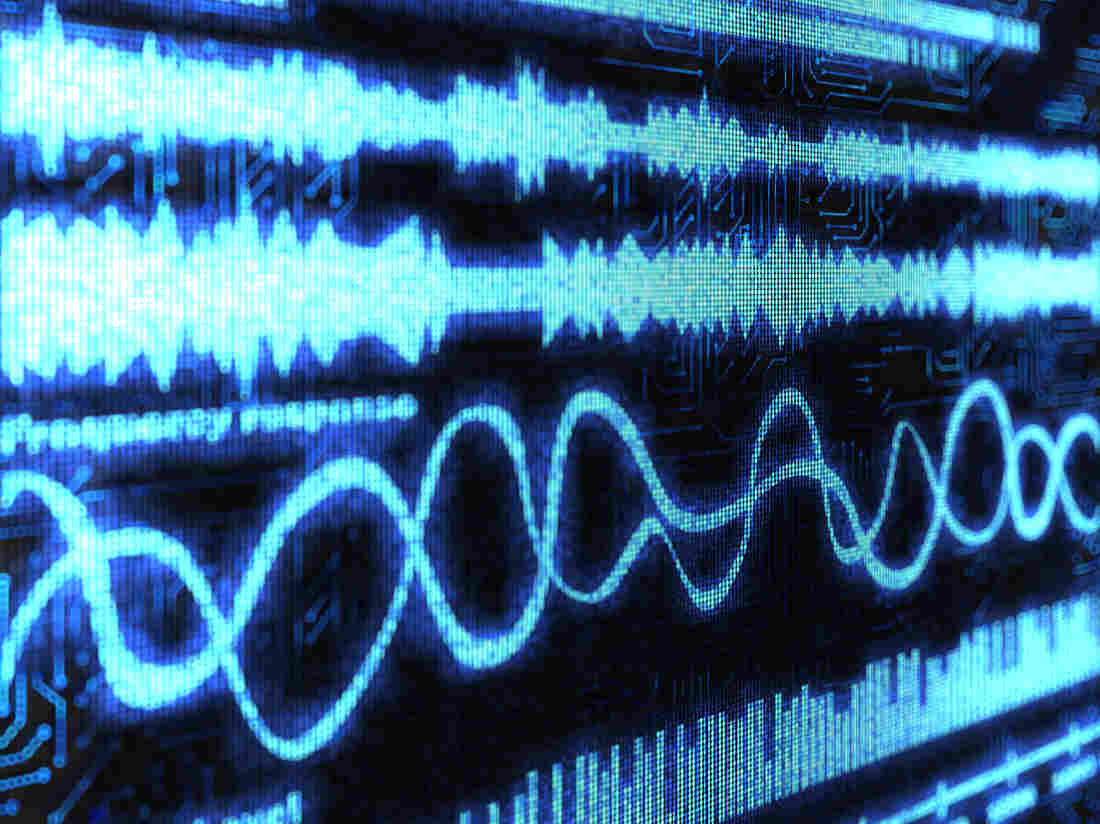 Harsh ambient sound from even small household appliances, such as food processors and hairdryers, can reach levels that lead to 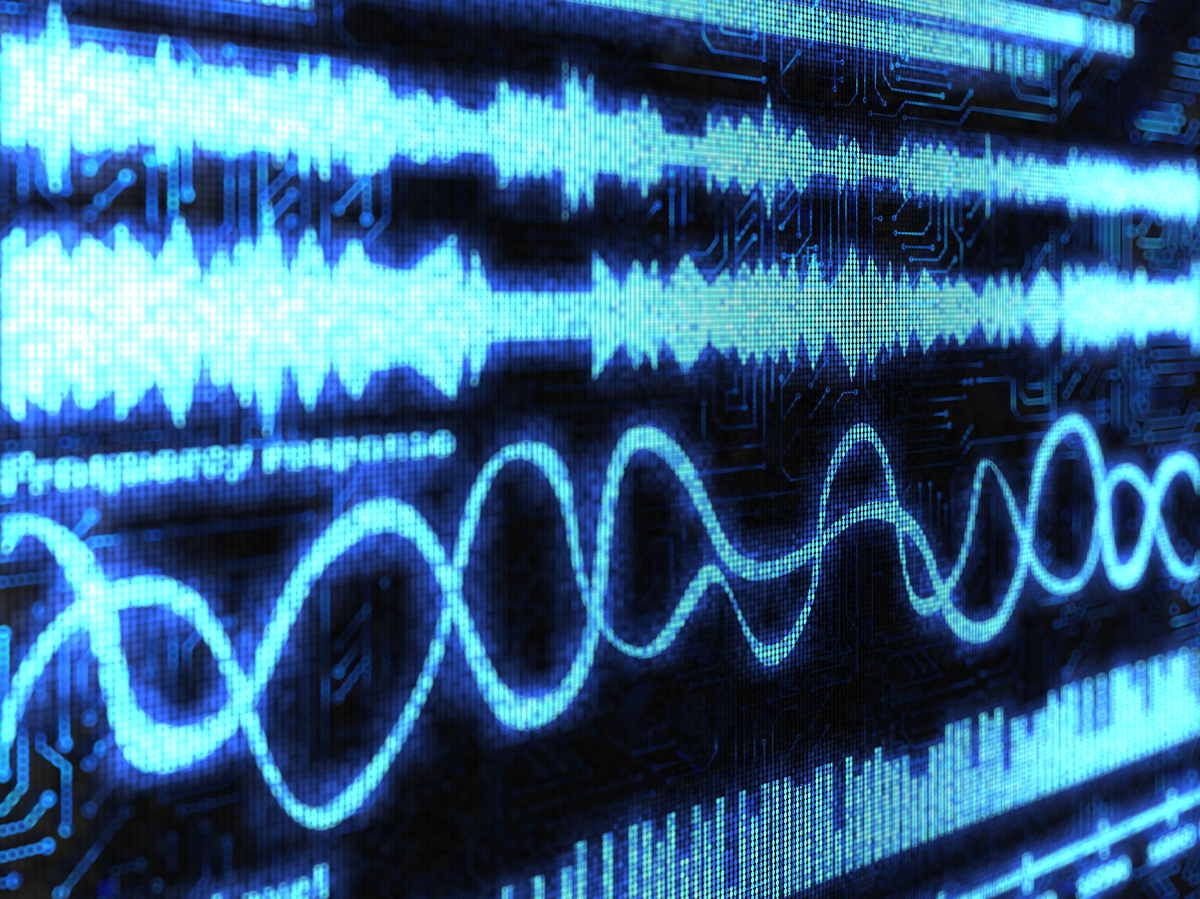 Harsh ambient sound from even small household appliances, such as food processors and hairdryers, can reach levels that lead to permanent damage, hearing specialists say.

Our ears are complicated, delicate instruments that largely evolved in far quieter times than the age we currently inhabit —an early world without rock concerts, loud restaurants, power tools and earbuds.

Writer David Owen describes our current age as a "deafening" one, and in his new book, Volume Control, he explains how the loud noises we live with are harming our ears. 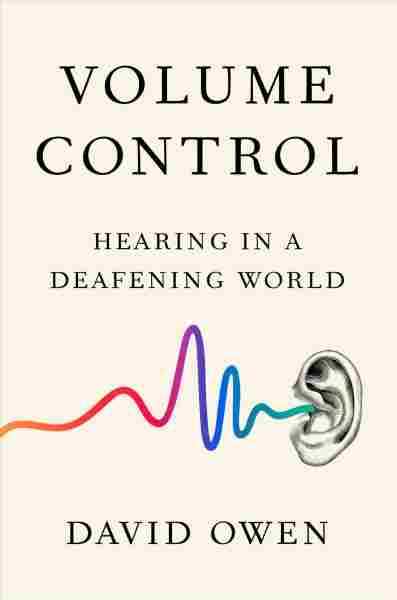 Hearing in a Deafening World

Owen warns that even small household appliances like food processors and hairdryers can generate noise at levels that lead to permanent damage. He notes that people who live in places without significant background noises tend to experience less hearing loss.

"There have been a couple of studies done with populations of indigenous people who live in places where there is very little background noise and elderly people in those populations tend to hear as well as infants do," he says.

Owen recommends that people carry earplugs with them — and not be bashful about using them. Recently he popped in a pair of musician's earplugs before watching Dunkirk, a movie long on explosions and short on dialogue.

"[Earplugs] made a big difference to me at that movie," he says. "I think there are a lot of places to wear hearing protection."

People who have trouble hearing tend to have more unrelated health issues of all kinds. It, sort of, overworks our brains. If you can't quite hear what people are saying, you have to work harder to figure it out, and the brain power that you use to do that is brain power that you can't use for anything else. People who have trouble hearing also tend to withdraw. ...

If you have trouble seeing things you get glasses, but people tend to put off hearing getting hearing aids for a long time.

So it has effects that we don't necessarily associate with it and that pervade all parts of our lives. And then, because of human nature, we tend to ignore it. The average wait for a person who first notices a hearing problem — the average delay between that moment and going to the doctor — is 10 years. That's the average. We don't treat it the way we treat other sensory problems. If you have trouble seeing things, you get glasses. But people tend to put off getting hearing aids for a long time.

Want To Keep Your Brain Sharp? Take Care Of Your Eyes And Ears

The reason it's problematic there is there's sound going on all around you. It's hard to focus on the person that you want to hear. ... Young people have less trouble with that. Their auditory systems are more able to filter out unwanted conversation. But restaurants, unfortunately, take advantage of this. They tend to turn up the sound as the night goes on, both to make diners talk less and, therefore, drink more, and also to drive out older, lingering customers who don't run up ... big checks. Get them out and turn the tables over faster. ... And then, perversely, paradoxically, even people who hate loud restaurants tend to avoid really quiet ones, because they figure, it's so quiet, how can it possibly be any good?

On how hearing loss affects veterans

The largest single purchaser of hearing aids in the United States is the Veterans Administration. The No. 1 and No. 2 service-related health claims made by military veterans are hearing loss and tinnitus. Exposure to gunfire, especially exposure to blast explosions, but then also just the extraordinarily high sound levels of military service, even on a base outside of combat. One of the loudest work environments in the world is an aircraft carrier. And simply sleeping on an aircraft carrier, you can expose yourself to sound at levels that are sufficient to do permanent damage to your hearing.

On tinnitus (a ringing in the ears), and its treatment

I learned from reading about tinnitus that there's basically nothing you can do. You can't make it go away. There is no known cure for it. The therapy for tinnitus is to learn to accommodate it. And, luckily for me, I have the kind of personality that makes that fairly simple. When I was told that there was nothing I could do about it, I thought, "Oh, good. Then I'll do nothing." And that's kind of what I've done. ... I can always hear it, but mostly — usually — I can ignore it.

There are people for whom that's very difficult. It's loud and there even have been suicides [among] people who just can't tolerate this phantom noise in their head. And for them, the treatment is often cognitive therapy, behavioral therapy, or thekind of ... medications that are usedto treat anxiety or depression — just basically learning to live with this thing. And most people can improve their response to it significantly.

Sometimes hearing aids can help you. If you have some hearing loss and you eliminate that, you bring up the sound of everything else. Then this phantom noise becomes less bothersome. You can't hear it as much. A therapist described it to me as, "You're in a room with a candle. The candle is the tinnitus. But if you turn on the lights then the candle is less noticeable." And that's what sometimes happens with hearing aids with somebody who has tinnitus.

On the cause of tinnitus

Tinnitus isn't noise. It's something that's going on in your brain. There are no physical vibrations to counteract. It's not sound waves. It's this electrical activity that is impervious to sound suppression technology. ... I think that the current theory about tinnitus is that it's similar to phantom limb pain. You've heard about when somebody loses a limb — they have an amputated arm — they feel that that arm is still there, or they feel pain where that arm was but no longer is. Even itching. You can feel itchy fingers on a hand that's no longer there. The idea is that the brain is accustomed to receiving nerve signals from this part of the body. It's no longer receiving them. So it makes, in effect, its best guess about what should be coming from it. It supplies the last thing it felt from there, or something like it. And the idea is that tinnitus is very often something like that. You lose hearing in some frequency. The brain is used to receiving auditory signals at those frequencies; it isn't anymore. So it fills in the gaps with what seems like a sound but is actually just electrical activity in the auditory system in your brain.

On different kinds of auditory problems

The person with the most depressing auditory problems that I've ever encountered had something called hyperacusis, which is where it's like the opposite of deafness. Everything is louder to him than it is to anybody else — so much so that even inside the house he will wear huge earmuff-like headphones. The crinkling of paper can drive him out of the room. ... He said, "Sometimes, hours later [after a conversation] I would hear some phrase that he would say repeated over and over in my head." That's a form of tinnitus. Somebody else I know, he said that he often hears just what sounds like a crowd of people talking in the background — so much that he can almost feel that he can almost make out what they're saying. It's male voices, sort of babbling in the background. People sometimes hear music. So it takes many forms.

Tiny Tech Tips: Why You Need Earplugs At Concerts

It's only recently been acknowledged as a problem. But there was a lawsuit recently of a musician in an orchestrawho sued because he said that his hearing had been damaged by musicians sitting behind him. Now you'll sometimes see a violinist, for example, when she might have a plexiglass shield behind her to deflect some of the sound coming from instruments behind her. It's not only in those performances. Musicians practice, especially nowadays, for hours and hours and in small rooms with loud instruments and it takes a toll on their hearing very definitely — not necessarily as rapidly as a death-metal guitarist, but it's loud stuff. An orchestra playing in a big symphony hall is playing at a very high decibel levels.

On how the market for hearing aids is changing

The revolution that's coming is that it's going to be increasingly possible to buy over-the-counter, less expensive hearing improvement products — hearing aids and other products. ... I have a pair of Bose headphones called "Hearphones." They contain the same kind of microprocessor that's in hearing aids. Plus, because they're a big, looser kind of headphone, the sound is much higher fidelity. They're easier to control. They function as noise-canceling in addition to noise enhancing. I have a friend who lost a lot of hearing, wears hearing aids. He wore his Hearphones to a restaurant and found them much superior to his hearing aids — the quality of the sound, the ability to focus on people that he wanted to listen to. There are a lot of products that are available now and that are also coming. It'll be tricky for a while, I think, for people to sort out what is a scam and what is not.

Sam Briger and Mooj Zadie produced and edited the audio of this interview. Bridget Bentz and Molly Seavy-Nesper adapted it for the Web.