From Hand To Merch: Some Of Our Favorite Indie Wares 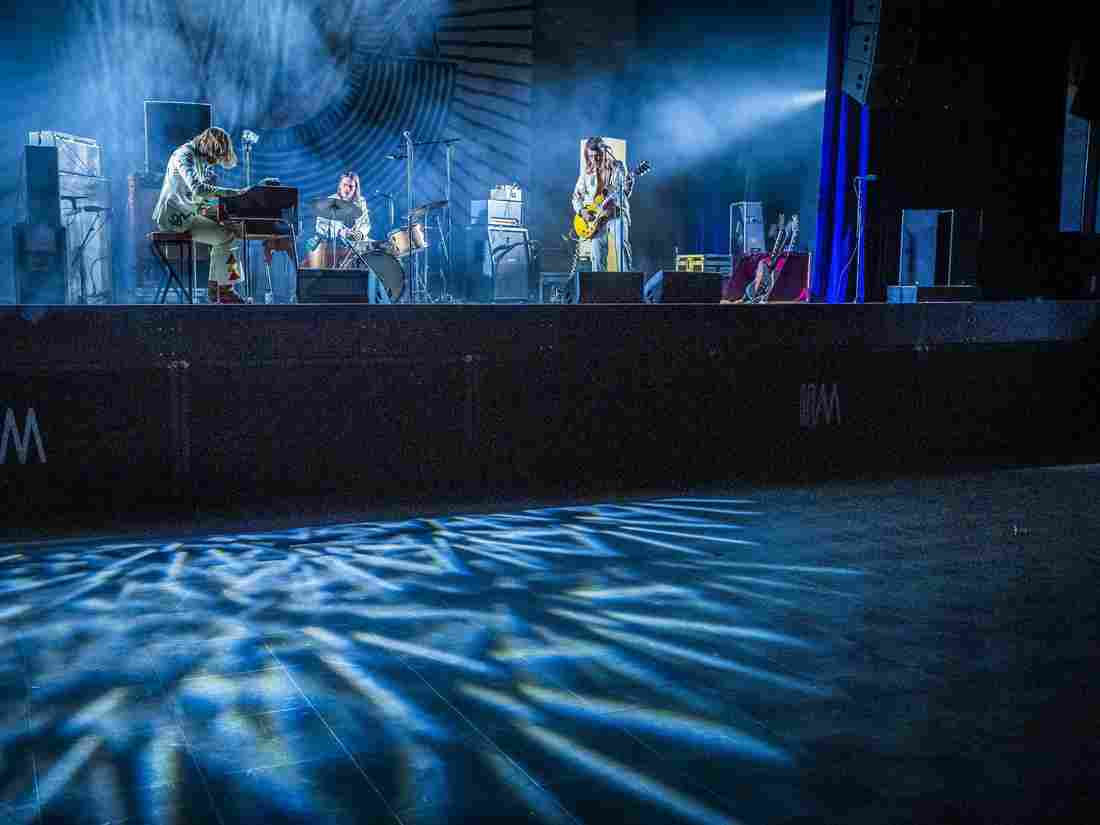 Dutch band DeWolff photographed on March 14, 2020, in Maastricht, while performing in an empty venue due to a ban

on gatherings to limit the spread of COVID-19. Marcel Van Hoorn/ANP/AFP via Getty Images hide caption 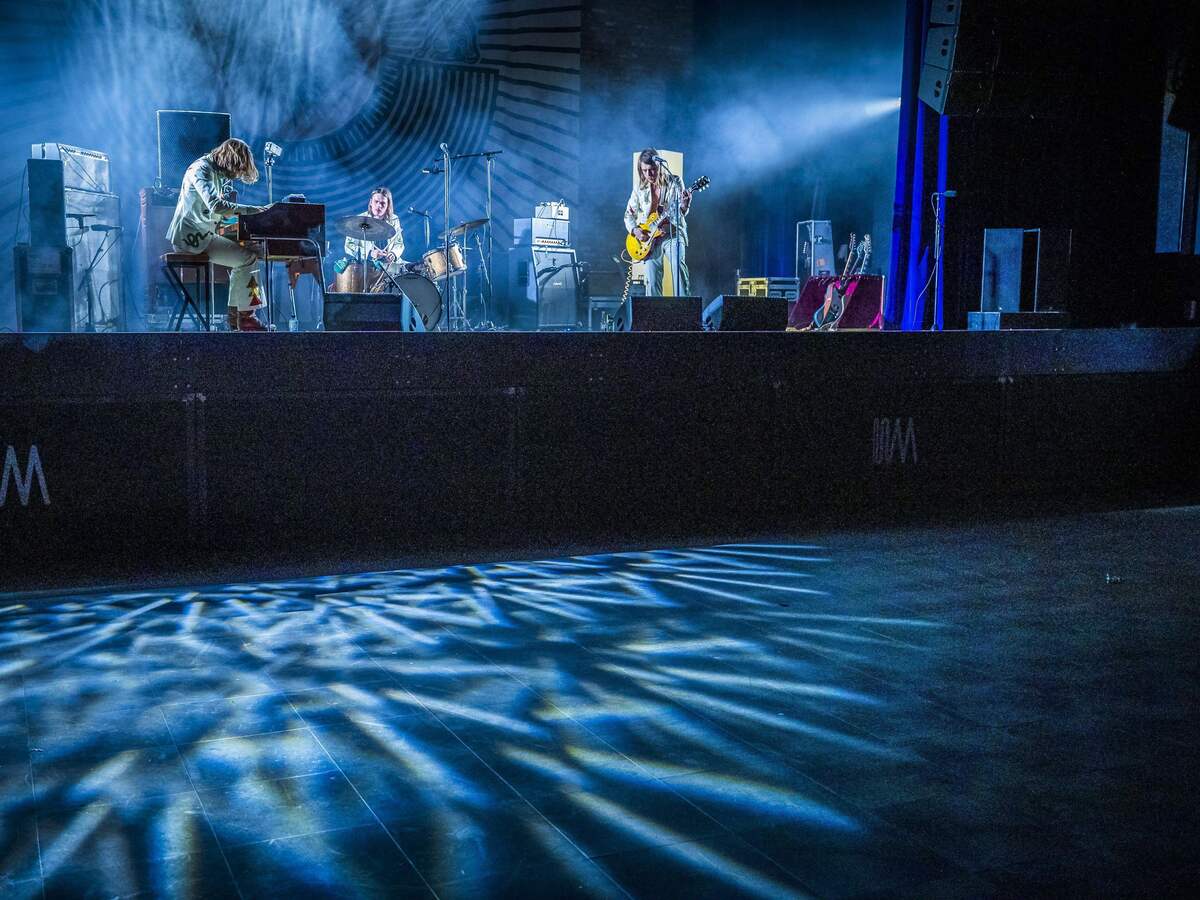 Dutch band DeWolff photographed on March 14, 2020, in Maastricht, while performing in an empty venue due to a ban on gatherings to limit the spread of COVID-19.

The 21st-century truism that musicians need touring to survive financially in the streaming age has been proven true, brutally, by the COVID-19 outbreak. The shutdown of most venues and festivals has meant a major loss of income for most artists, and the music world is scrambling to come up with ways to ameliorate the crisis.

But: As streaming has changed how musicians can make money, the combined force of artists' entrepreneurial spirit and the millennial crafting revival has led to a boom in inventive and charming approaches to the stuff musicians (and, sometimes, their friends) create.

Most artists have interesting stuff available on their websites or through hubs like Bandcamp. Fans have long known that buying merch is one immediate way to benefit the artists they love; many more are realizing this now, as social media trumpets the message with a flood of Tweets and posts. Spend some of your social-distancing time exploring the offerings of that band or DJ or folk singer you were planning to see this month.

Caroline Rose sees that we're all superstars-- Caroline Rose is a self-made cracked-pop idol, whose music combines cathartic rock with comedy and playful fiction to confront the roles fame-addled folks — especially women, and women artists — create or struggle against. The accessories line promoting her new album, including a cursive-script necklace worthy of Claire's, realizes the dream her new album Superstar explores. --Ann Powers

Lido Pimienta's visual art-- Pimienta, the genius behind the Polar Prize-winning album La Papessa, has a new record, Miss Colombia, scheduled for release in mid-April. In practical terms, that means she is — or, perhaps now, was — in the midst of preparing for an extensive tour in support of that album. --Andrew Flanagan

Pat Metheny, picker — Metheny has long been an undisputed guitar god, and even if you can't play like him (don't kid yourself), you could play like him, in a manner of speaking. --Nate Chinen

Half Waif's coffee, mug--As Half Waif, singer and songwriter Nandi Rose Plunkett is set to release The Caretaker on March 27. The album's lead single, "Ordinary Talk," is a whirring, deeply emotive window into self-sufficiency and the highs and lows of personal growth. "Crying in my coffee" is an all-too relatable line taken from that tune. --Emma Bowers

Andrew Combs' abstractions — Ideal Man was among 2019's best albums. The songs, a sturdy mix of Americana, rock and psychedelia, were partly inspired by singer and songwriter Andrew Combs' recent foray into painting. If you were taken by songs like "Stars of Longing" and "Golden," go and see the visual work to which they are matched. --Tom Huizenga

Palehound's embroidability — Ever wanted to try embroidery? Maybe now's the time. Palehound – who put out one of the best rock records of 2019, and has unfortunately had to cancel tour dates this spring – has a custom embroidery kit featuring a lyric from its wryly romantic song "Worthy." --Marissa Lorusso

Della Mae's bandanas-- What western-style neckwear could be more legit than a bandana printed with the necks of the string band instruments played by Della Mae? --Jewly Height

Thundercat Is A Lovelorn Goofball In The Video For 'Dragonball Durag'

Jonathan Scales Fourchestra's view on relaxation-- Back in February, jazz steel-pannist Jonathan Scales posted this on Instagram: "I've gotten a lot of feedback about the shirt that I wore on NPR's Tiny Desk Concert. 'Working Is the New Chilling' is a phrase that my friend Jon Reid and I came up with ... as we were working hard around the clock in pursuit of our respective dreams. I've heard a lot of interpretations of the meaning in the past few days, but here's what it means to me: 'Working Is the New Chilling' simply embodies the idea that the pursuit of a goal is worth the extra effort, even if that sometimes means sacrificing a little comfort." --Suraya Mohamed

Madame Gandhi's encouragement of youngsters--As an aunt to one niece and six nephews, I love seeing the sensitive side of my nephews come out, and welcome it as much as possible. I appreciate that Madame Gandhi is pushing against societal norms with their merchandise. --Kara Frame

Torres looks fondly on the past-- I've been particularly struck by artists who've been stranded abroad. Not only did they lose their gigs or entire tours, they've also been left scrambling to find a way home, right when money is super tight and travel restricted. This past week, Torres reached out to fans to help get her and her band back to the states. Thankfully, they made it. --Robin Hilton

Pup's depresso-paper--If you're stuck inside self-isolating, maybe this is the perfect opportunity to start writing? --Raina Douris