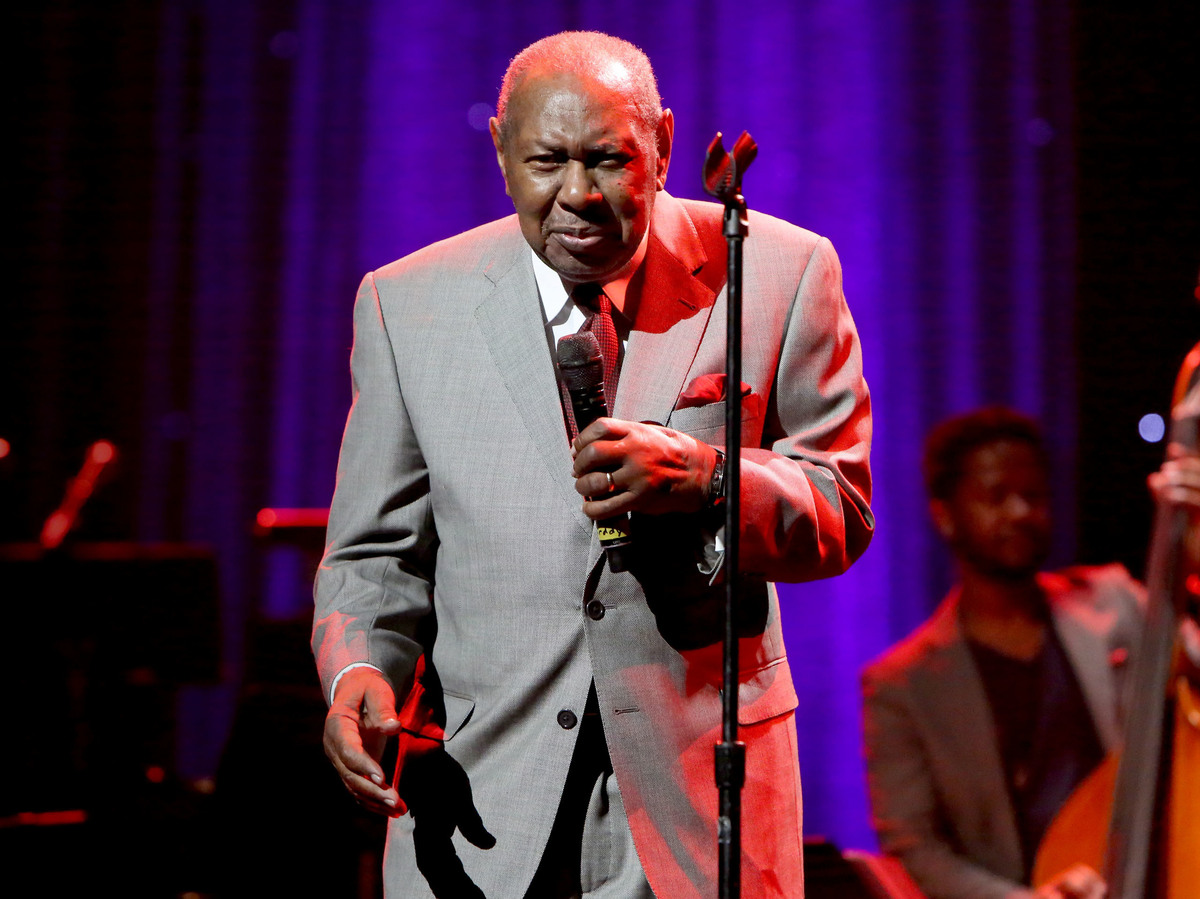 Freddy Cole, whose debonair yet unassuming vocal style lighted his way through a distinguished jazz career in and out of the shadow of his older brother, Nat King Cole, died on Saturday, June 27, at his home in Atlanta, Ga. He was 88.

His manager, Suzi Reynolds, did not specify a cause of death but said he had been suffering of late from cardiovascular issues.

With his charming, easeful baritone and a crisp, efficient touch at the piano, Cole carved out a professional career of more than 65 years. A consummate entertainer, he excelled at bringing an audience into his confidence, turning a song into a shared experience. He was a master of subtle embellishment, using miniscule variations in phrasing and tone to better tell a story, or set a mood.

Because of a familial resemblance in vocal timbre, and a fondness for some of the same material, Cole endured a lifetime of reflexive comparisons to his most famous sibling. Nat King Cole, about a dozen years his senior, was already a celebrity and top draw by the early 1950s, when Freddy first embarked on a recording career.

The situation never produced any resentment, but it was unmistakably something to overcome, and even to acknowledge. In the mid-1970s — a decade after Nat's death, and just as his daughter Natalie Cole was rocketing to pop stardom — Freddy named his fifth album The Cole Nobody Knows.

Writing in The New York Times around the time of its release, John S. Wilson made note of both the similarities and differences between Freddy and Nat. "The full, rounded sound of each syllable, each consonant, that was a hallmark of Nat Cole's singing, is present in his brother's work, too," he wrote, "although Freddy Cole's projection is a bit softer, not quite as positively enunciated and projected."

In time, Freddy Cole felt less compelled to draw those distinctions himself, performing more of the songs that had long been associated with his brother. And in 1991 he released an album whose title track playfully put the matter to rest. In the song, "I'm Not My Brother, I'm Me," Freddy explains with a shrug that even if he does sound a little like his brother, and even when he chooses to perform a tune like "Mona Lisa," he's very much his own man. One wry passage also acknowledges that, in this head-to-head matchup, he'll always be the gracious underdog:

You see, my brother made a whole lot of money

But I sing the blues.

Lionel Frederick Coles was born in Chicago on Oct. 15, 1931. He was the fifth and youngest child of the Rev. Edward "E.J." Coles, a Baptist minister, and Perlina Coles, who played piano and led the choir. Freddie learned to play piano from his mother, who had also taught his older brothers, Eddie, Ike and Nat.

The Cole household was a busy waystation for musicians passing through, and Freddy grew up in casual proximity to some of the greats: Duke Ellington, Fletcher Henderson, Count Basie. He was most taken with the singer and bandleader Billy Eckstine, whose deep voice and suave delivery would forever be a source of inspiration. (A decade ago, Cole received a Grammy nomination for his tribute album Freddy Cole Sings Mr. B.)

But partly because of the sterling accomplishments of his brothers, Freddy didn't gravitate at first to music as a vocation. A gifted high school athlete, he harbored hopes of playing in the National Football League, and might have been recruited if not for an injury on the field.

It was Nat who urged him to move to New York and begin pursuing music, which he did with distinction, studying at Juilliard and then the New England Conservatory. He was still a student when he released his first singles, "The Joke Is On Me" (1952) and "Whispering Grass" (1953), both on Dot Records.

The same label released Cole's assured 1964 debut album, Waiter, Ask the Man to Play the Blues, which was later reissued by Verve. (Among its sidemen: tenor saxophonist Sam "The Man" Taylor and bassist Milt Hinton.) Over the next few decades, Cole kept touring and recording, with some success but no great fanfare.

Cole's fortunes began to turn in the early 1990s, once he began a fruitful association with promoter and producer Todd Barkan. On a string of albums for Fantasy, like Always and A Circle of Love, Cole reinforced his reputation for deceptive ease and companionable soul. He deepened that impression when he began recording for HighNote Records, in the mid-2000s. He led a quartet with longtime partners, like guitarist Randy Napoleon, and often welcomed guests like saxophonists Houston Person and Harry Allen.

"Freddy Cole became one of the most delightful jazz singers," says Michael Bourne, the host of Singers Unlimited. "Charming. Swinging. And a good friend of WBGO. He came to play and sing. He came to tell stories."

Cole is survived by a daughter, Crystal Cole, and a son, Lionel Cole; a grandson, Tracy Cole, and granddaughter, Christina Cole; and a large extended family.

Cole maintained a down-the-earth persona both remarkable and rare for an artist of his stature. Nicole Sweeney, the host of Evening Jazz, recalls that in the mid-2000s, when she was on the air at WCLK in Atlanta, he would show up unannounced to deliver each new album by hand. "I would never know when Freddy was coming," she says. "But it just would happen: I would get off the microphone, and turn around, and in this little rectangle of a window: Oh look, it's Freddy."

Earlier this year, Cole had a Valentine's Day engagement at Dizzy's Club Coca Cola, as part of Monday Nights with WBGO. "I definitely asked what keeps him going, because I feel like I get a new album from him almost every year," recalls Sweeney, the evening's host.

"He just said he doesn't know any other way to be. The music keeps him going."