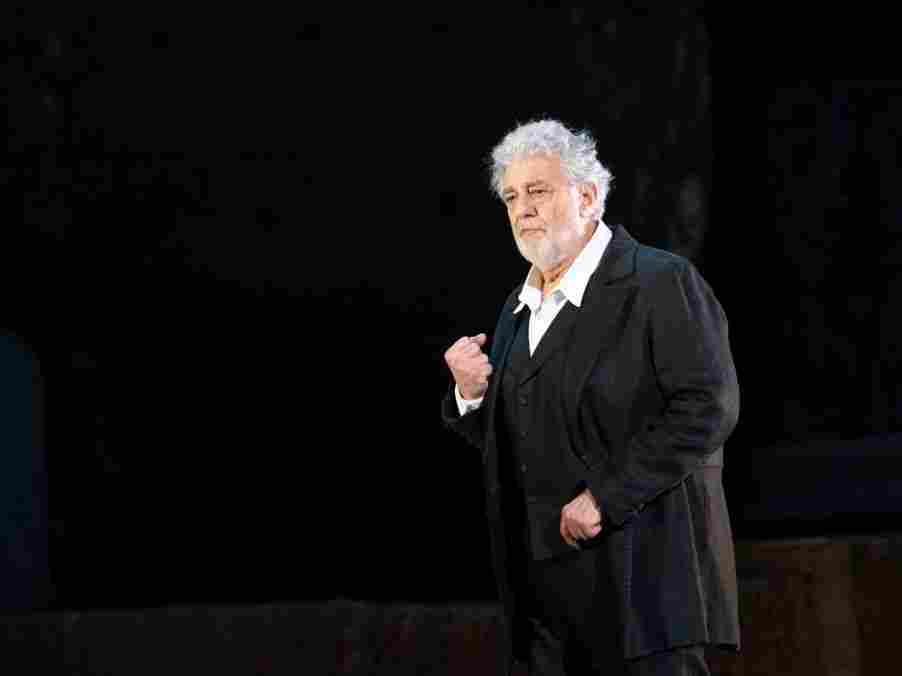 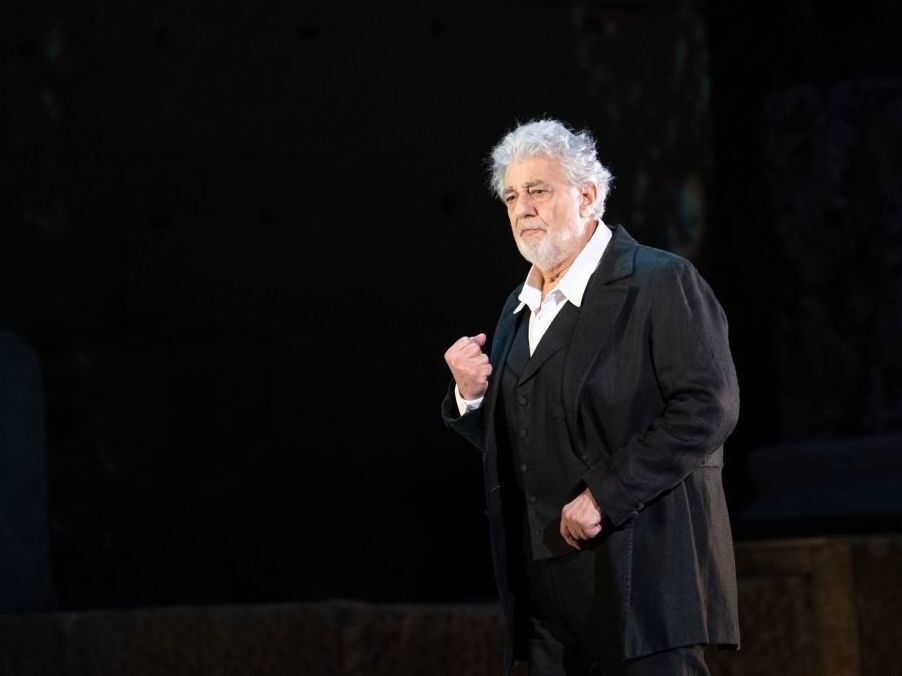 Plácido Domingo, at a dress rehearsal in Orange, France in July 2019.

An investigation into sexual misconduct accusations against Plácido Domingo ended Tuesday with the announcement that the opera star engaged in "inappropriate activity." But that's about all that was disclosed. The union representing opera performers that commissioned the independent investigation is, so far, not making the report's findings public — and that's angered some of Domingo's accusers.

Last summer, 20 women made accusations against Domingo that spanned two decades. The first to publicly accuse Domingo was a retired opera singer named Patricia Wulf. She spoke with the investigators hired by the union, the American Guild of Musical Artists (AGMA). Now, Wulf says, the union has a responsibility to release its findings.

The union's national executive director, Leonard Egert, denies that. He says the union is not publishing the report in order to protect accusers and witnesses' identities.

"We had an extremely difficult time getting people to talk to our investigators," Egert says. "People took great precautions to ensure that their names and descriptions would not appear in any place. The fear of retribution is real. And we assured strict confidentiality."

Egert says that at least some accusers and witnesses were afraid that any details — even revealing the year alleged incidents took place, or the cities or opera houses in which they were said to have occurred — would pinpoint them and negatively affect their careers.

In a brief press release issued early Tuesday, AGMA said tersely that its investigators substantiated inappropriate behavior that ranged from "flirtation to sexual advances, in and outside of the workplace." Domingo is also himself a member of AGMA.

On Tuesday, Domingo said as part of a statement: "I am truly sorry for the hurt that I caused them. I accept full responsibility for my actions, and I have grown from this experience. I understand now that some women may have feared expressing themselves honestly because of a concern that their careers would be adversely affected if they did so. While that was never my intention, no one should ever be made to feel that way."

It was, to date, the singer's fullest expression of remorse; when the 20 women came forward last year, he said at the time that he believed that all of his sexual encounters had been consensual.

In the wake of Domingo's apology, another woman, soprano Luz del Alba Rubio came forward to the Associated Press, which published her account early Wednesday. Rubio said that in 1999, Domingo heard her singing in Rome, and invited her to come to Washington National Opera (WNO), where he was then artistic director.

There, Rubio says, she appeared in three operas, but Domingo began pressuring her sexually — calling her constantly, including late at night, kissing her, and touching her. After she rejected him one night, she told the AP, the WNO never hired her again, and "roles he had promised her never materialized."

Rubio told the AP that Domingo's apology made her feel free enough to accuse him publicly. "I felt like we have conquered Goliath. Now we don't have to be scared to speak out," she said.

Patricia Wulf says that she appreciates Domingo's statement as an initial step. "If he's sincere in his apology, that's great," she says. "We all know that there have been so many men recently who have harassed women, and have raped women, who have simply disappeared from public and never once apologized. But AGMA really needs to step up and protect people from this kind of predator."

Egert says that AGMA is only one part of a potential solution to a larger industry issue. "Ultimately," he says, "it's the [opera] companies' responsibility to create a safe workplace. And that's what we've been working on. We've been negotiating provisions that give the union a more active role. When there is an investigation, we represent witnesses and targets of harassment. We've been doing trainings that are sponsored by the union, when there's insufficient training given by the companies. But, you know, all of this is going to take a joint effort from labor, management and the industry."

Within its press release announcing the findings against Domingo, AGMA announced an incipient "labor-management coalition" to "change the culture" and prevent future sexual harassment in the performing arts; the union said that the service organization Opera America was its first partner in the effort.

But Patricia Wulf and her lawyer, Debra Katz, said they were surprised and dismayed by NPR's Tuesday report that revealed that the union was trying to broker a financial settlement with Domingo for $500,000.

"They failed in their representation of the women in this union," Katz says. "And what they should be doing is not negotiating a sweetheart deal with him, but expelling him from the union. And they're not doing that."

Egert disputes that notion strongly. He says the money was a fine that Domingo and his team had agreed to pay as punishment, adding: "It was never contingent upon the what we would release in a report."

But after The Associated Press published some details about the investigation — namely, that it included 27 unnamed accusers and witnesses, who chronicled alleged incidents that took place over more than two decades — the deal fell apart.

NPR has obtained an email sent early Tuesday by Raymond Menard, AGMA's president, and Egert to the union's officers and national board of governors. It chastised whoever leaked information to the Associated Press, reading in part:

"Based on this flagrant breach of confidentiality, Domingo's counsel has withdrawn the agreement, which was expressly premised on AGMA's promise to maintain confidentiality over the details of the investigatory report.

The Board members who contacted the press not only flagrantly breached confidentiality that was specifically invoked at the BOG [board of governors] meeting, but also willfully breached their fiduciary duties to the union. As a result of their actions, AGMA has lost $500,000 that not only would have covered the costs of the investigation, but also would have funded an extensive sexual harassment prevention training program that is so desperately needed in our industry."

In the email, Menard and Egert added: " We ask that anyone with information about this please contact us immediately so that appropriate action can be taken. The damage caused by these individuals to our union, our members, and the targets of Domingo's harassment is incalculable."

In his interview with NPR, Egert again disputes the notion that there had been anything untoward about the union's failed monetary agreement with Domingo.

"This is not about exacting a financial payment and certainly no sweetheart deal," Egert says. And he points out that the process isn't over.

"We can go forward with a disciplinary process," he explains. "We could impose a fine and Mr. Domingo can resign from the union and never pay that fine."

The union issued a press release late Tuesday addressing what it called "misperceptions" of the deal, specifically citing NPR's report and a later one from The New York Times. "Any suggestion that the union was being paid to withhold information is patently false," the union said.

As of now, however, there is no deal. And on Wednesday afternoon, the Spanish newspaper ABCreported that Spain's Ministry of Culture and Sports canceled scheduled performances by Domingo that had been slated to take place in Madrid next May. The ministry cited "the seriousness of the events and following Plácido Domingo's statements in which he assumes the 'full responsibility for his actions.'"