'Don't Stop Believin' ' Goes On And On, Because We Need It To 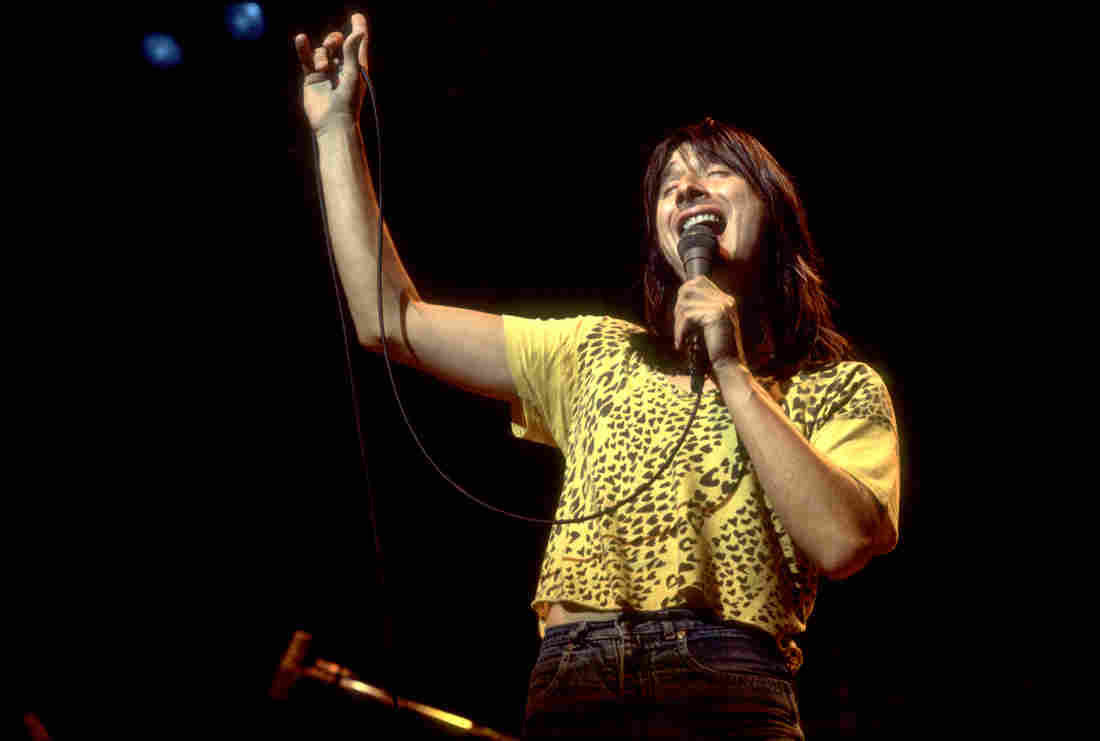 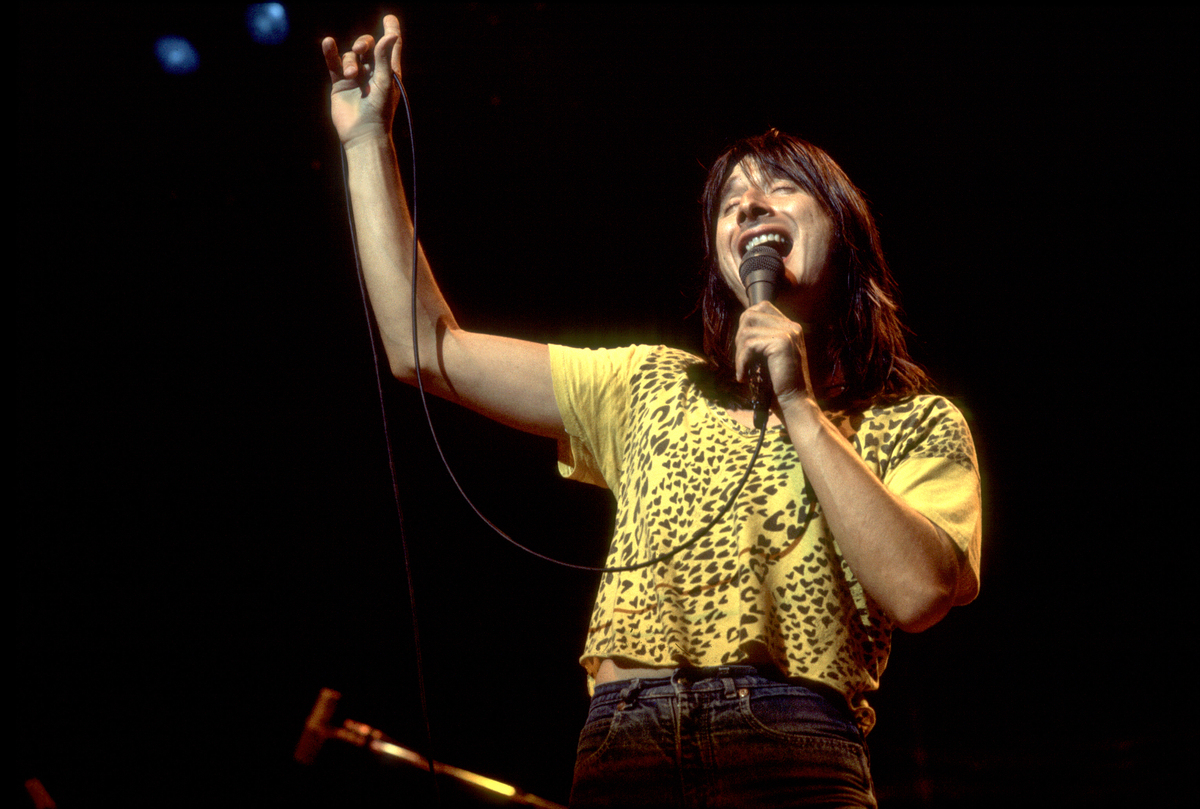 Steve Perry performs with Journey at a Chicago-area concert in 1981.

This story is part of American Anthem, a yearlong series on songs that rouse, unite, celebrate and call to action. Find more atNPR.org/Anthem.

It's midnight on a Tuesday in Richmond, Va. At Sticky Rice, a sushi joint that hosts this college town's most raucous karaoke night, the crowd is already at fire-code capacity, and would-be crooners are forming a line outside. At around 12:30 a.m., a set of famous piano chords begins to play, and the place explodes. Friends stand together on tables; the people stuck in line outside press against the windows. For a fleeting moment, everyone's on the same midnight train going anywhere.

Twenty-somethings Matt Malone and Shilpa Gangisetty are tonight's lucky performers of Journey's "Don't Stop Believin'," for which the DJ has received as many as five requests — though you can't exactly hear their singing beneath the overflowing crowd shouting along. When they're done, Gangisetty, who is Indian American, says she loves the song because it's something she can enjoy with her immigrant parents.

"This came out right before my parents came to this country," she says. "There aren't too many cultural things that we can relate on."

"It's like the 'Itsy Bitsy Spider' of, like, middle school," Malone chimes in. "You have to know it. Everyone hates to love it."

Thirty-eight years after it debuted on the album Escape, "Don't Stop Believin' " is the go-to anthem for perseverance that has itself persevered, successfully riding wave after new wave of media. Though born in the era of rock radio and cassette mixtapes, the song found its real glory at the dawn of binge TV and the smartphone, and it has woven its way into weddings, bar mitzvahs, graduations, the 2005 World Series, The Sopranos and Glee.

Its fate was hardly a given. Critic Deborah Frost didn't even mention "Don't Stop Believin' " by name in her October 1981 review of Escape in Rolling Stone, which gave the album two out of five stars. "Maybe," she wrote, "there really are a lot of 'streetlight people' out there. If so, my guess is that they'll soon glow out of it." They didn't: According to Nielsen Music, "Don't Stop Believin' " holds the record as the most downloaded 20th-century song, and it has nearly 700 million streams on Spotify, at last count. What is it about this track that just won't stop?

The story of the song itself begins with Journey keyboardist Jonathan Cain. In the late 1970s, he was a struggling rocker who was ready to quit SoCal and move back to Chicago. Cain says everything had been going wrong: He and his girlfriend had split up, and he'd had to pay a costly vet bill to save his dog after it was hit by a car.

Things started looking up for the musician after that. Cain found himself in a band opening up for mega-act Journey. Then, Journey itself poached him.

Alone Together: Robyn's 'Dancing On My Own' Opens The Corners Of Community

In 1981, when the band was recording Escape, lead singer Steve Perry asked Cain to come up with a final track. Cain still had his dad's advice in the dog-eared lyric book and from it drew inspiration for the pedaled, keep-the-faith piano part that builds and releases over and over until the phrase itself arrives in the chorus, more than three-quarters of the way into the track.

The characters introduced in the first verse, a small-town girl and a South Detroit city boy, are familiar by now — enough so that it's rarely addressed that there is no such neighborhood as South Detroit, apart from Perry needing an extra syllable. As for the singer in the smoky room with wine and cheap perfume, that tableau evokes the desperation Cain says he felt at the Sunset Strip's Whisky a Go Go during his rough Los Angeles days.

"I really believe this song is about wanting to make it," he says, "Where you think you're stuck in life — that you're able to get out, the same way I got out of Chicago." 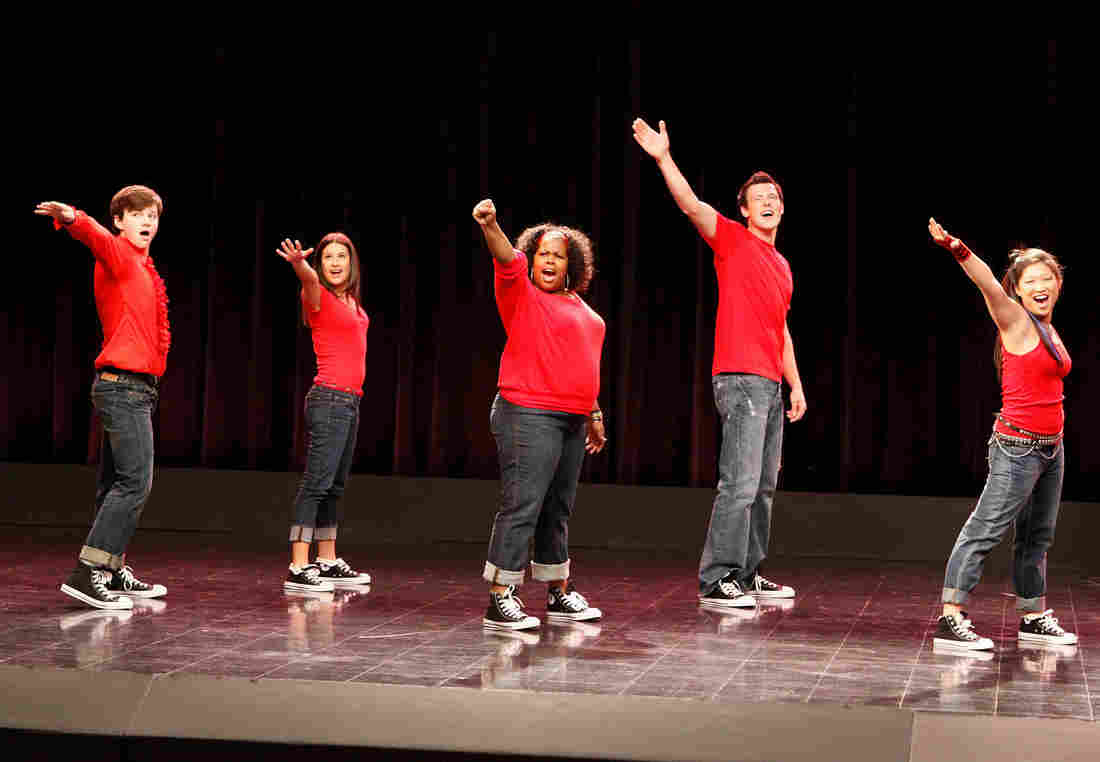 By the late 1990s, Perry had left Journey, and the band's career was in the wilderness. But the requests for "Don't Stop Believin' " kept coming.

Charlize Theron roller-skated to the song in her Oscar-winning turn as a serial killer in 2003's Monster. Four years later, The Sopranos ended its pioneering six-season run on HBO with — spoiler alert — a tense sequence involving a diner and parallel parking, soundtracked by "Don't Stop Believin'." Downloads of the track on iTunes soared. In 2009, the earnest high school show choir on Gleecovered the song for the first of several times throughout the series' run, sending the song's download numbers through the roof again.

"Don't Stop Believin' " has been heard on Scrubs,South Park and Family Guy. A string ensemble played it in the Adam Sandler comedy The Wedding Singer. It was the rally song for the Chicago White Sox in the team's 2005 World Series run, and it was the climax of the hit Broadway jukebox musical Rock of Ages. On social media, you can find plenty of photos of stop signs playfully defaced with the title exhortation.

For all its new success, Journey still needed a new lead singer who had something approximating Perry's trademark high tenor altino. Desperate, guitarist Neal Schon turned to searching for singers on YouTube — where, late one night, he discovered Arnel Pineda, a formerly homeless kid in the Philippines who was covering the band's ballads at smoky venues that reeked of wine and cheap perfume.

In 2007, Journey flew him to the U.S. for a tryout and hired him — a fairy-tale story chronicled in the 2009 documentaryDon't Stop Believin': Everyman's Journey.

Pineda told CBS News in 2012, "Even before I discovered 'Don't Stop Believin,' it has been my motto — you know, to never stop believing in myself. The life that I've gone through, all those hardships, I never stopped believing that someday there is something magical that will happen in my life."

As for Frost — the critic who originally panned Escape in Rolling Stone — she tells NPR that four decades later she's still not a fan but that maybe those streetlight people might — might — have a point.

"You know, I think maybe it helps them celebrate their high school years — or their hopes," she says. "And if it does, what can I tell you? Good for them."

Walter Ray Watson produced this story for broadcast. Daoud Tyler-Ameen adapted it for the Web.