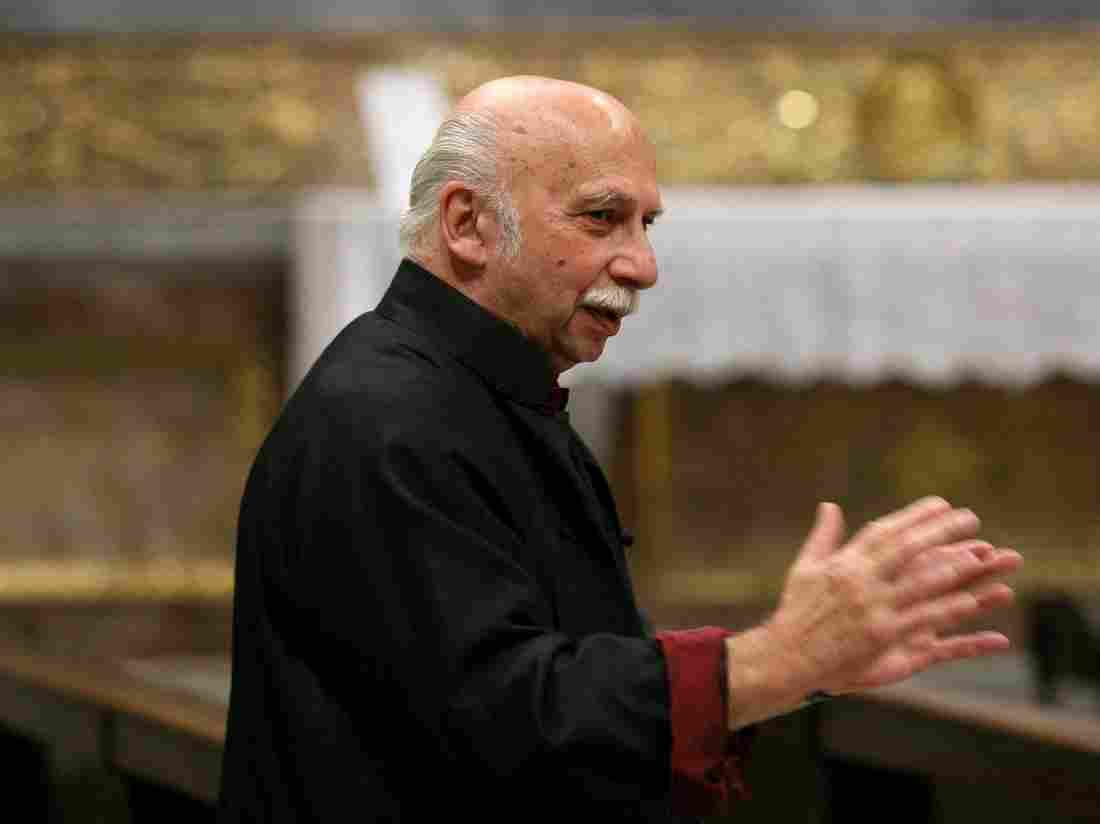 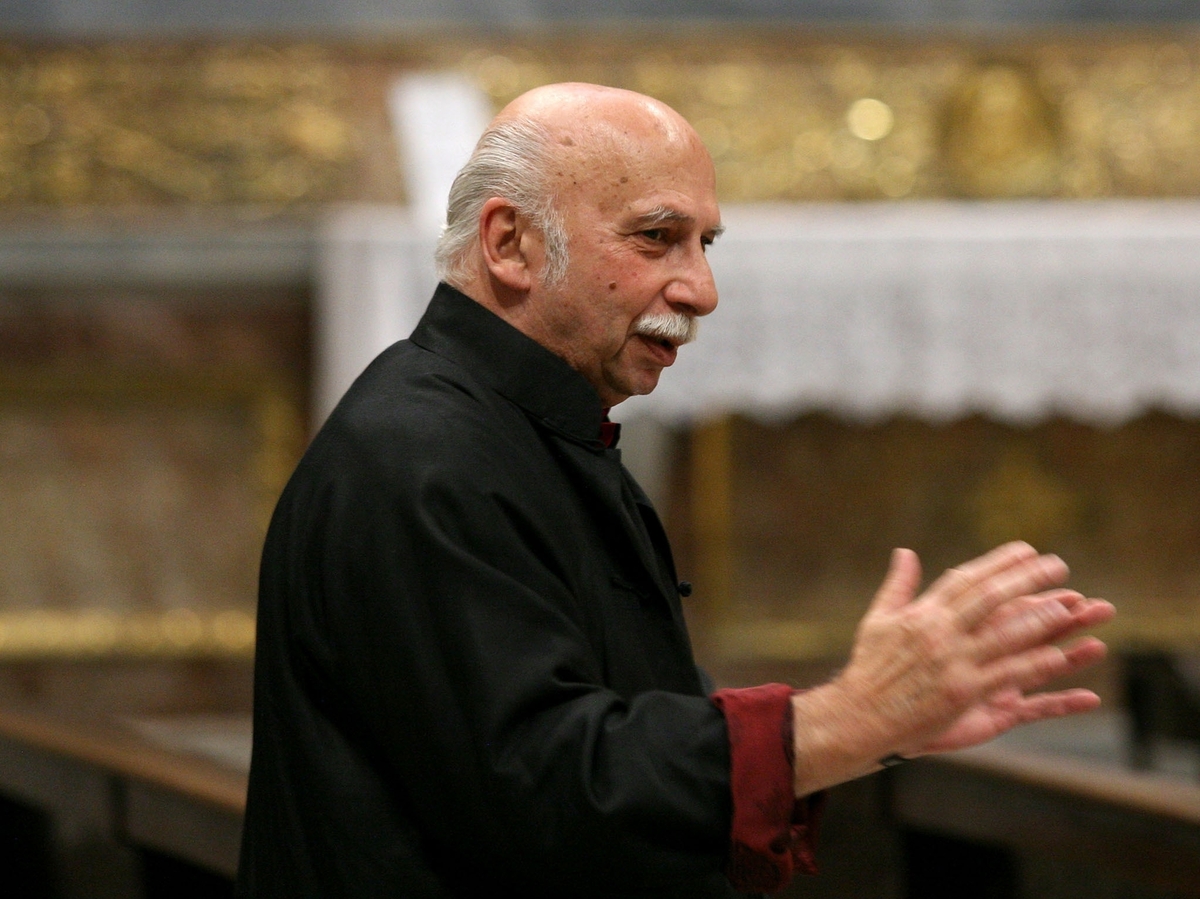 One of the most prominent composers of the late 20th century has died. Giya Kancheli was from Georgia — and the music he wrote, whether for films or for the concert hall, was full of light, shade and an incandescent longing. He died Wednesday at age 84 in his home city, the Georgian capital of Tbilisi. Kancheli's death was announced by his longtime record label, ECM; his son, Sandro Kancheli, told NPR that his father had suffered from heart failure for a long time.

Kancheli's work spanned seven symphonies and large-scale works, like hisStyx for viola, chorus and orchestra, as well as many intimate pieces for small ensembles and solo instruments, like the sweet, wistful piano tune "When Almonds Blossomed."

While Kancheli was never so obvious as to draw explicitly upon Georgian folk tradition, the way he densely layered tonalities brings to mind something of the rich textures of Georgian polyphonic singing. He also prized silence as a key element in his work — which made sudden outbursts of high-intensity paroxysms of sound all the more gripping. (Whether the label ever fit or not, certain American critics dubbed him an "East European mystical Minimalist composer" as a convenient shorthand.)

Kancheli was born in Tbilisi on Aug. 10, 1935. His early love of big-band jazz drew him to the city's conservatory, where he studied piano and composition. But it was hearing Stravinsky's Rite of Spring — as well as Béla Bartókand Anton Webern — that electrified him and provided a sense of artistic direction. Coming of age in the Soviet Union, he focused his attentions on writing music for stage and film, which gave him more latitude than concert music — typically written and performed under the watchful eyes and ears of censors — would have provided, and for two decades he served as music director of Tbilisi's Rustaveli Theatre.

He was a friend of several other major Soviet-era composers, including Estonia's Arvo Pärt, Russia's Alfred Schnittke and Ukraine's Valentin Silvestrov. Kancheli's work became known in the West as early as the 1970s — his Fourth Symphony, "In Memoria di Michelangelo," was performed by the Philadelphia Orchestra in 1978 — but it was in the 1990s in particular that important international champions of his music emerged, including the ECM record label as well as conductors Dennis Russell Davies and Kurt Masur, violinist Gidon Kremer, violists Kim Kashkashian and Yuri Bashmet and Kronos Quartet, among others. (ECM went on to release over a dozen recordings of his compositions; the first, featuring Kancheli's Vom Winde beweint, with Kashkashian as soloist and Russell Davies conducting, was released in 1992.)

As his music moved West, so too did Kancheli himself. As the Soviet Union collapsed and Georgia was beset by civil war, Kancheli settled in Europe: first in Berlin, and then in Antwerp, where he became composer-in-residence at the now Antwerp Symphony Orchestra. But Kancheli's beloved Georgia was never far from his compositional imagination.