Car Concerts Offer Choirs A Way To Rehearse And Perform 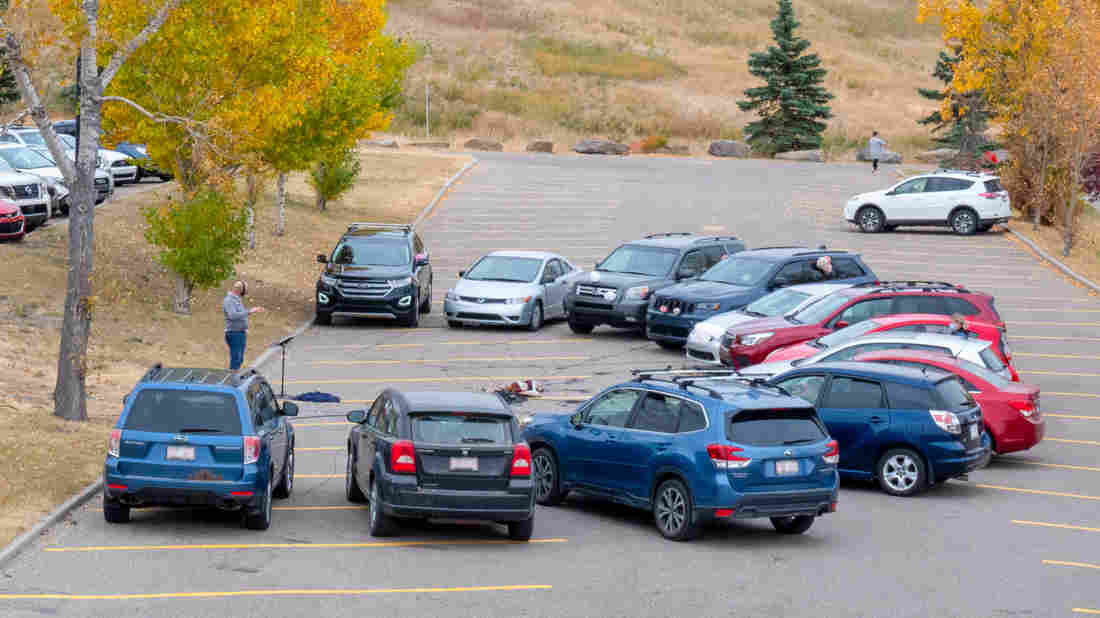 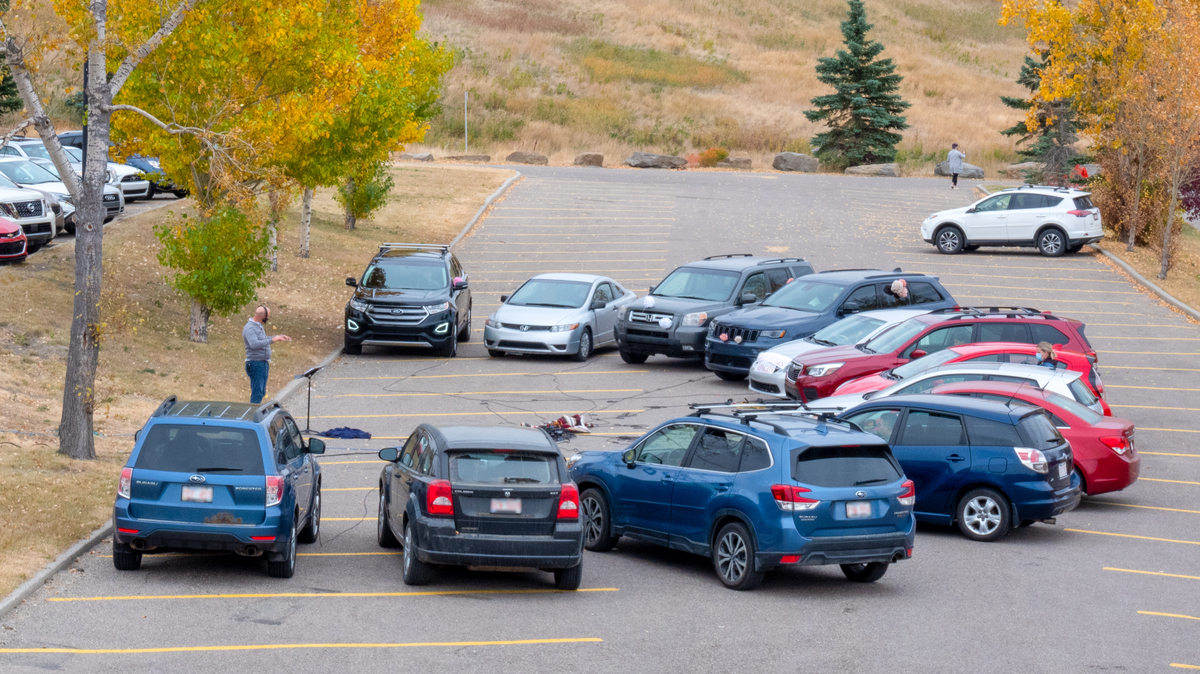 For members of Luminous Voices, a professional choir ensemble in Alberta, Canada, rehearsing and performing safely during the pandemic has meant getting into their cars, driving to an empty parking lot and singing with each other's voices broadcast through their car radios.

This "car choir" solution is one that college music professor David Newman — an accomplished baritone himself in Virginia — came up with so that ensembles could sing and "be" together.

"I saw on my Facebook feed was friends either bemoaning the fact that we couldn't sing together at all, or saying 'Singing together is too important and we just have to do it no matter what,' " Newman tells NPR. "And I thought, neither of those is a good answer."

He started by getting some friends together in the spring to experiment with singing, isolated in their cars, their voices connected by wireless microphones attached to a mixer.

After some thinking, a lightbulb went off: attach an FM transmitter to the mixer. That allowed the singers' voices to be broadcast back into their cars through the radio, without a discernable delay.

His YouTube videos about the process caught the attention of many singers and choir leaders. Newman figures about 20 choirs are using their cars and car radios for rehearsals — including Luminous Voices. The ensemble's founder and conductor, Tim Shantz, says this new way of singing together filled a void. 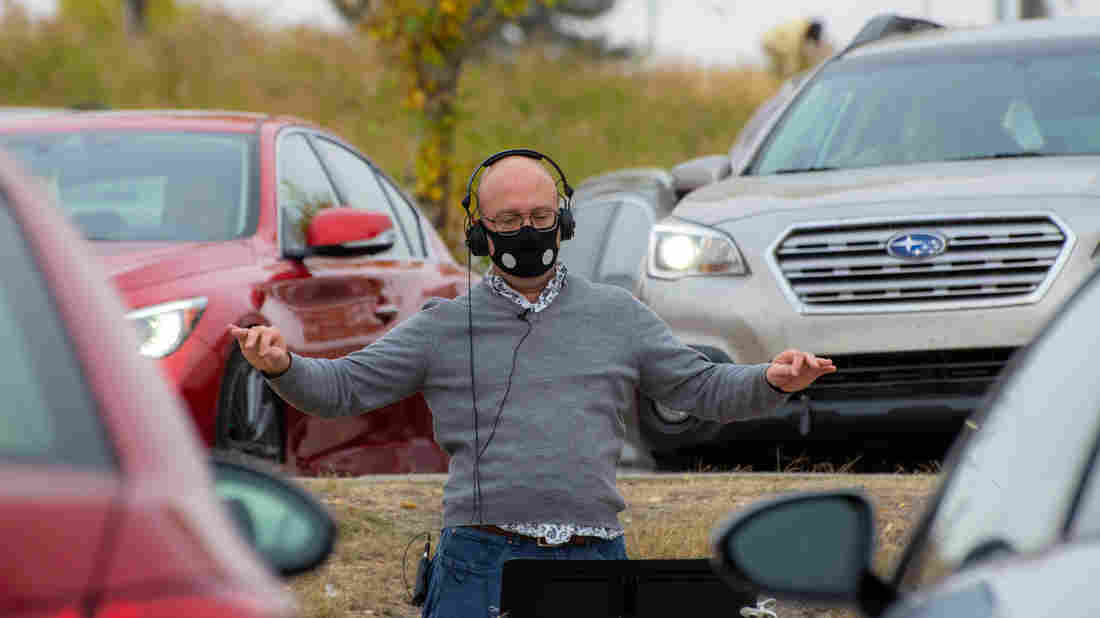 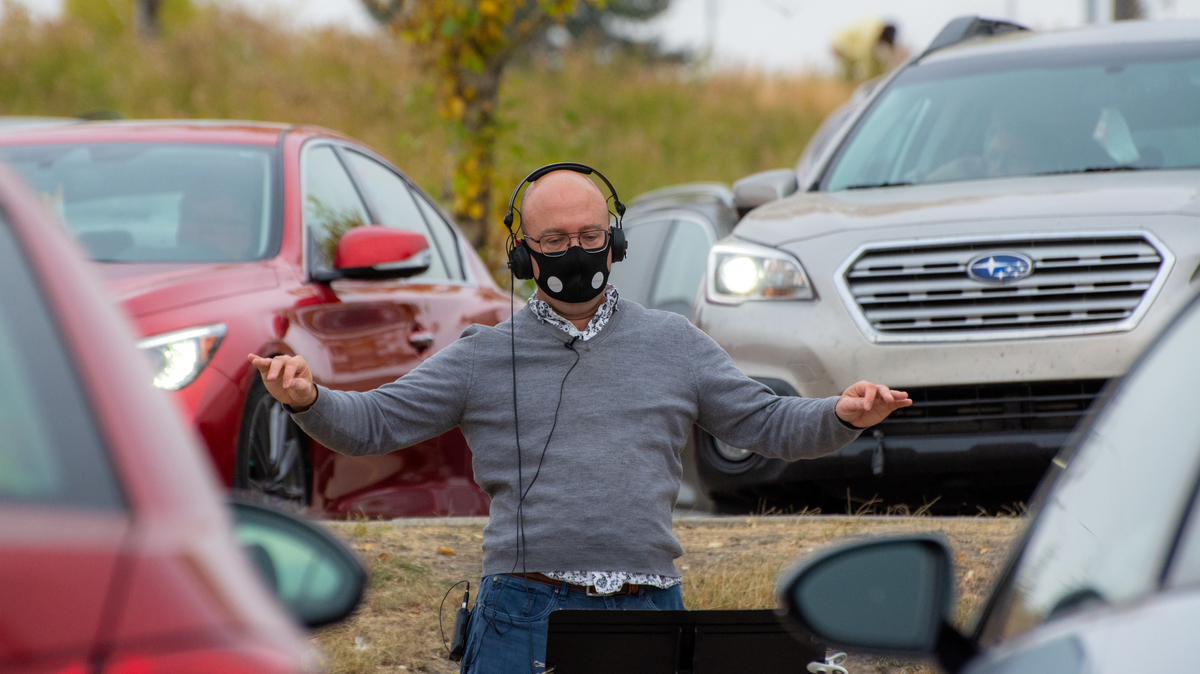 "For us not to be able to [sing together], it's like a whole part of our soul is sort of taken out. And we need to find ways to somehow fill that gap," Shantz tells NPR.

In addition to using the system for rehearsals, Luminous Voices has also performed two car concerts. Shantz estimates about 200 people attended one in December, all in their cars. Audience members gathered in a parking lot and tuned in to the performance on their radios. Instead of clapping, audience members honked horns.

For Shantz, those concerts were as much about the audience as the singers.

"It's not just about the performers and satisfying something for us. But there was this element of 'Wow, the participation of an audience really brought the whole experience to the fore,' " Shantz says. "And you realize the importance of performing arts."

You Might Be Ready To Forget 2020. This Film Reminds You Why You Shouldn't