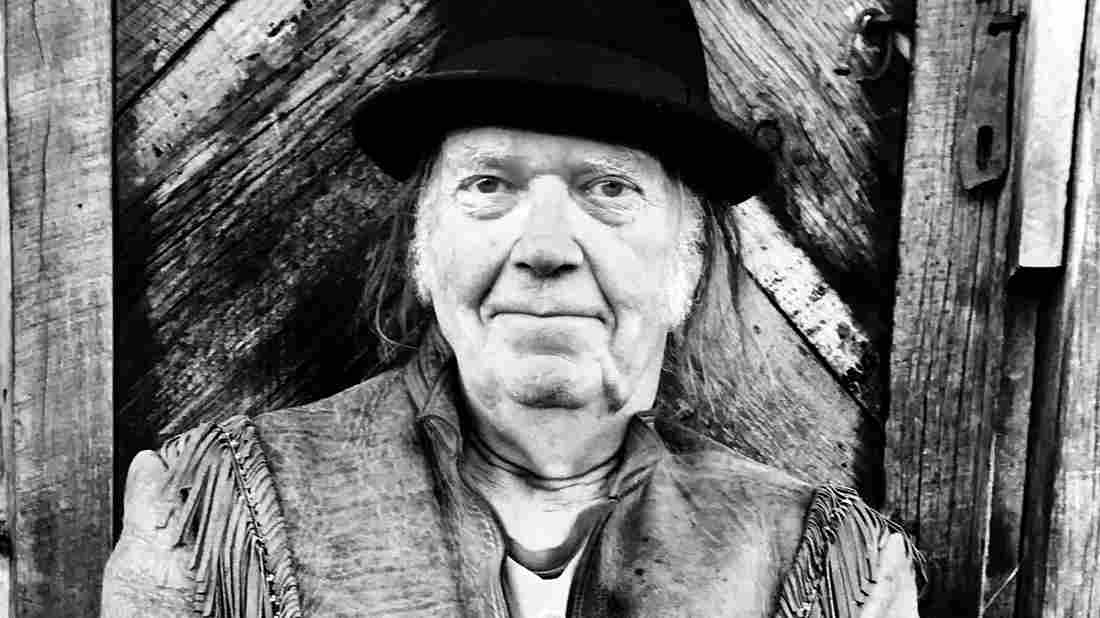 Colorado was recorded in the titular state in a studio sitting at 9000 feet. DH Lovelife/Courtesy of the artist hide 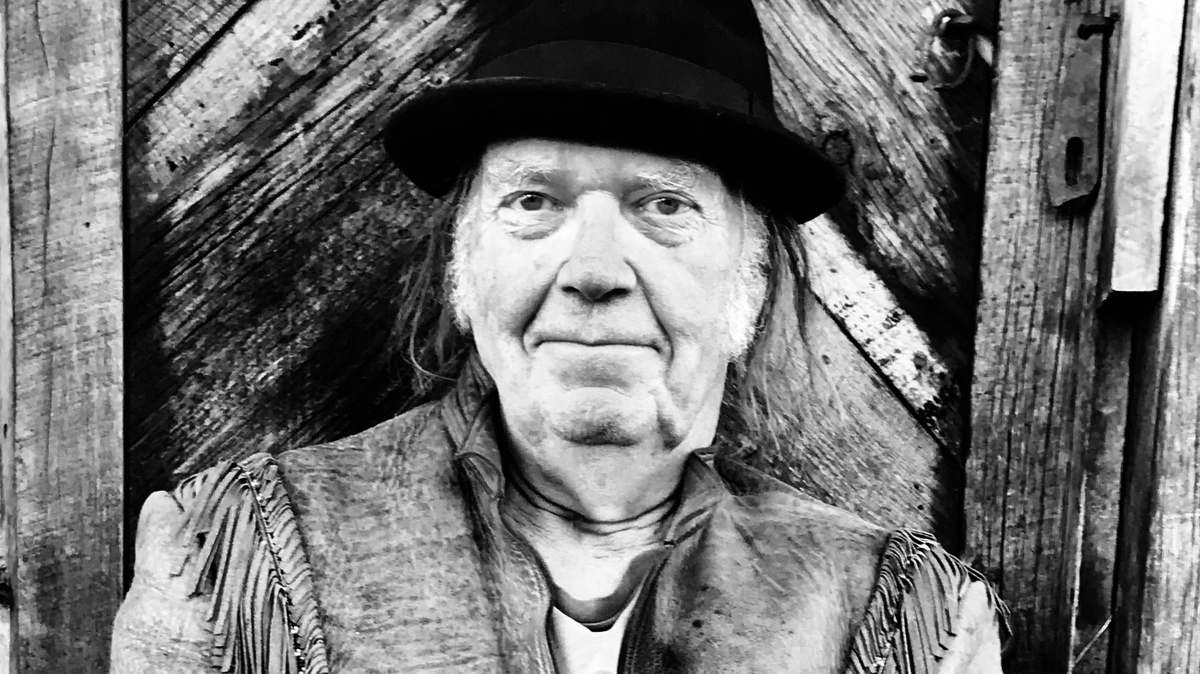 Colorado was recorded in the titular state in a studio sitting at 9000 feet.

DH Lovelife/Courtesy of the artist

Neil Young has easily one of the most recognizable names in American music, and his familiar voice isn't getting quieter with time. He has played with a lot of people over the years: There was Buffalo Springfield and Crosby, Stills, Nash & Young. But Crazy Horse has outlasted all of them. Now, seven years since Young's last album with Crazy Horse, they're back.

For all that history, Young is living in the moment:. "I think that I do the best when I'm right here," he tells NPR's David Greene. It helps that he's staying busy: Young's archiving all of his recordings online, he's got a book coming out and he's currently working on 14 films, including one about the making of this new album, Colorado, which he recorded in that state: in a studio at 9000 feet, alongside Crazy Horse.

Young has recorded with Crazy Horse for half a century, returning to the band every few years. But some critics have found fault with the band's musicianship, or said the band just isn't worthy of Young's time.

"They don't know what we're doing," Young says of those critics."That's why they say, 'Well you can't do this, you can't do that,' because we don't play that well, we're not technical. There's much more to it than technical."

His philosophy about recording music is not about reaching perfection."We're thinking about making it sound real, like you can feel that this means something to the people playing it," he says. "We're not trying to impress anybody."

But embracing rawness and imperfection only goes so far as the playing: for the recording technology, Young wants the sound quality to be as pure as possible.

"They're two totally different things," Young explains. "The raw thing that we create is the soul of music and the stories and the feelings of being human. The technical thing that happens is trying to capture that. If you try to capture that and you use tools that are less precise, then you get less of it. You know the feeling that you have when you hear something that's really great and it touches your soul? The chances of it really touching your soul are much better if you hear all of it."

The message on Colorado is unambiguous about climate change.

"I saw white guys trying to kill Mother Nature," he sings on the 13-minute track "She Showed Me Love." Elsewhere, on "Green Is Blue," he laments, "We heard the warning calls / Ignored them."

"Mostly I would like a lot of people to see what's going on [with] the planet — that's so obvious to me," he says. "I just don't know why people don't get it. Or if they do get it, then why don't they get with it?"

Colorado is out Oct. 25 via Reprise.