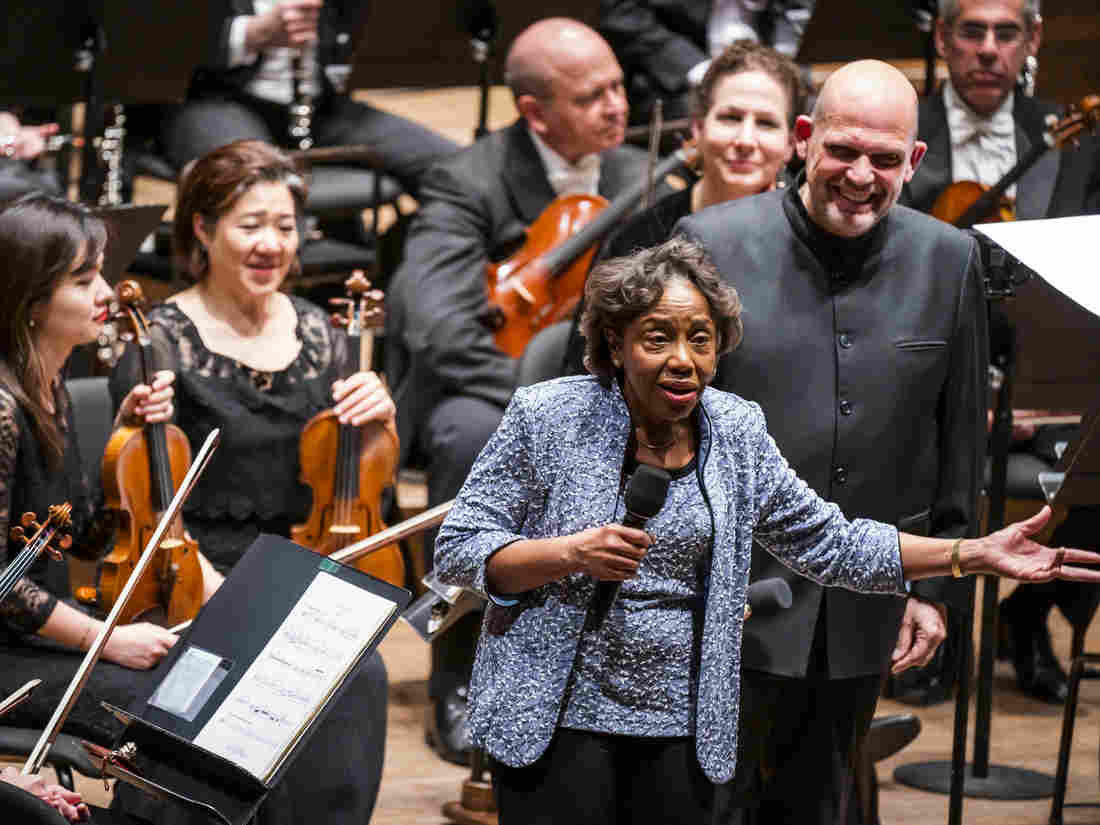 Tania León speaks at the premiere of her piece "Stride," one of 19 pieces composed by women that the New 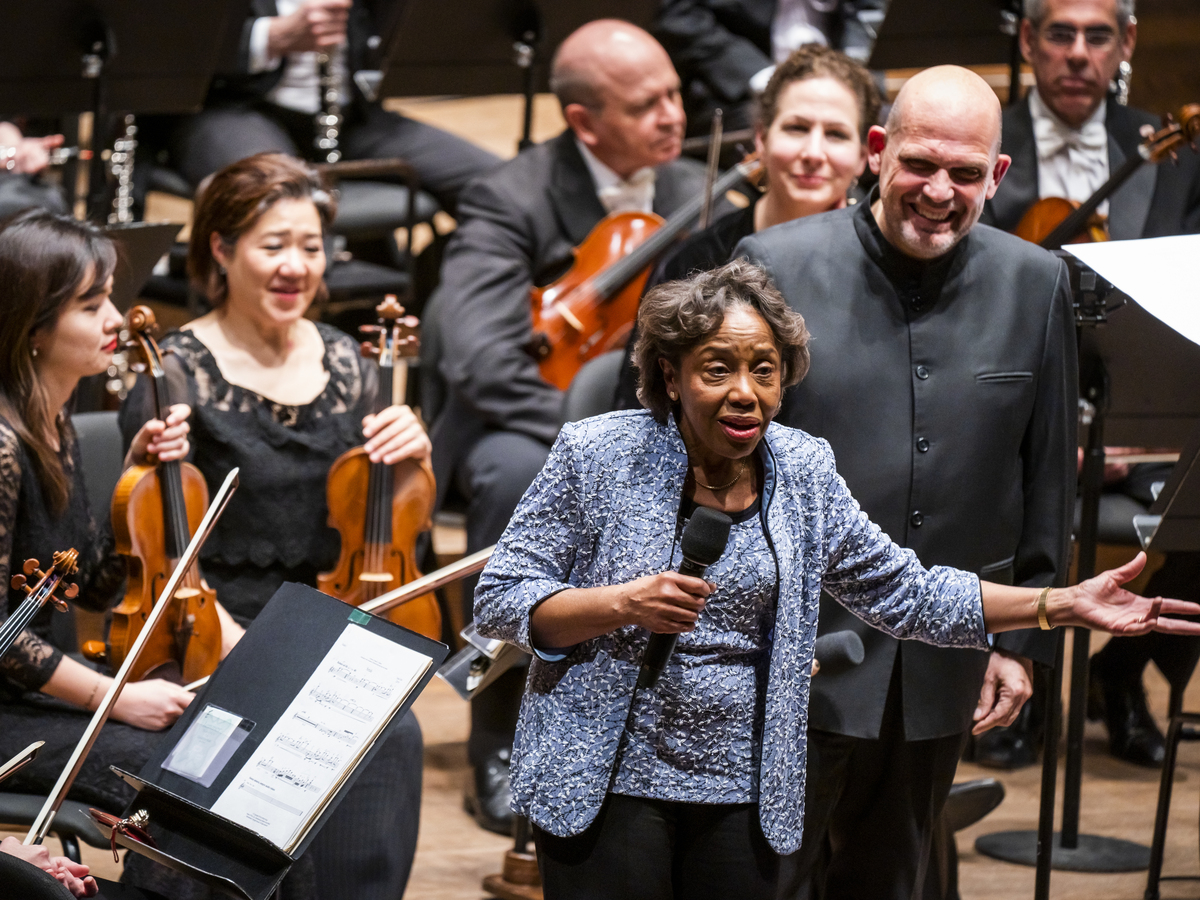 Tania León speaks at the premiere of her piece "Stride," one of 19 pieces composed by women that the New York Philharmonic commissioned to celebrate the 100th anniversary of the 19th Amendment.

This August will mark 100 years since women won the right to vote with the ratification of the 19th Amendment. To celebrate, the New York Philharmonic has commissioned compositions by 19 women for an initiative it calls Project 19, which had its first concert earlier this month.

"Less than 3% of the music presented on the concert stage is written by women," says Deborah Borda, the orchestra's president and CEO, and one of the architects of Project 19. That's worldwide, not just in the United States, which means next year, she says, "We're immediately changing the percentages."

Last year, the New York Philharmonic only presented two pieces written by women all season. Borda and music director Jaap van Zweden saw the centennial of the 19th Amendment as a chance not only to redress that imbalance, but to reexamine the past 100 years.

Looking For Women's Music At The Symphony? Good Luck!

Women Are Great Composers Too, Why Aren't They Being Heard?

In fact, "Stride" is the name of the piece that Tania León wrote for the Philharmonic, which premiered this week. When she got the commission, the acclaimed Cuban-born composer who's known for her work in both classical music and jazz, found herself thinking about a pioneering suffragette.

" 'Stride' encompasses many things for me and is an idea that I realized by studying a little bit of the life of Susan B. Anthony," León says. "She was a force. She didn't take 'no' for an answer. She was determined. She had the intention of making changes. And she created a movement, in a way. And she made it happen."

Although she didn't write any musical marches for "Stride,"León says she was thinking about their physical, activist counterpart.

"I saw the marches [of] Martin Luther King [Jr.], the marches of the people that don't like wars, the marches of people that are actually seeking support for things that they believe that is their right to ask for," she says. "And so, all of a sudden, I just saw legs walking to a destination."

Caroline Shaw Sings Her Own Song

Project 19 includes well-known names such as Joan Tower and Caroline Shaw, as well as some up-and-comers. Composer Ellen Reid says she's kind of a fan girl when it comes to her peers involved in the project.

"The 19 composers that were selected, we love each other's music," she says. "And it's so exciting to be involved in something with artists I've respected and listened to for a long time."

Reid won the Pulitzer Prize last year for p r i s m, an opera that looks at the emotional aftermath of sexual abuse. Her new piece, When the World as You've Known It Doesn't Exist, premieres on Feb. 20 and deals with the emotional effects of the current moment.

"I think that's a sentiment that a lot of people are feeling right now," she says, citing everything from the news to the weather, which "used to be a mundane conversation and is now not."

Project 19 kicked off earlier this month with a piece called "Tread softly" by Nina C. Young. The title comes from "Aedh Wishes for the Cloths of Heaven," a poem by W.B. Yeats. It reads:

Had I heaven's embroidered cloths,

Enwrought with golden and silver light,

The blue and the dim and the dark cloths

Of night and light and the half light,

I would spread the cloths under your feet:

But I, being poor, have only my dreams;

I have spread my dreams under your feet;

Tread softly because you tread on my dreams.

For Young, even though Yeats is expressing unrequited love in his poem, her take reflects on the 100 years since the ratification of the 19th Amendment.

"Voting in the United States is very complicated," she says, "And so I thought, well, there's a parallel to this poem: people are hoping and dreaming, always for progress and betterment. We have to dream big, but we have to be prepared to know that we're being stepped upon — but to also continue to have these dreams."

To try to make sure fewer people's dreams are stepped on, The League of Women Voters is setting up tables at every Project 19 concert to encourage voter registration.