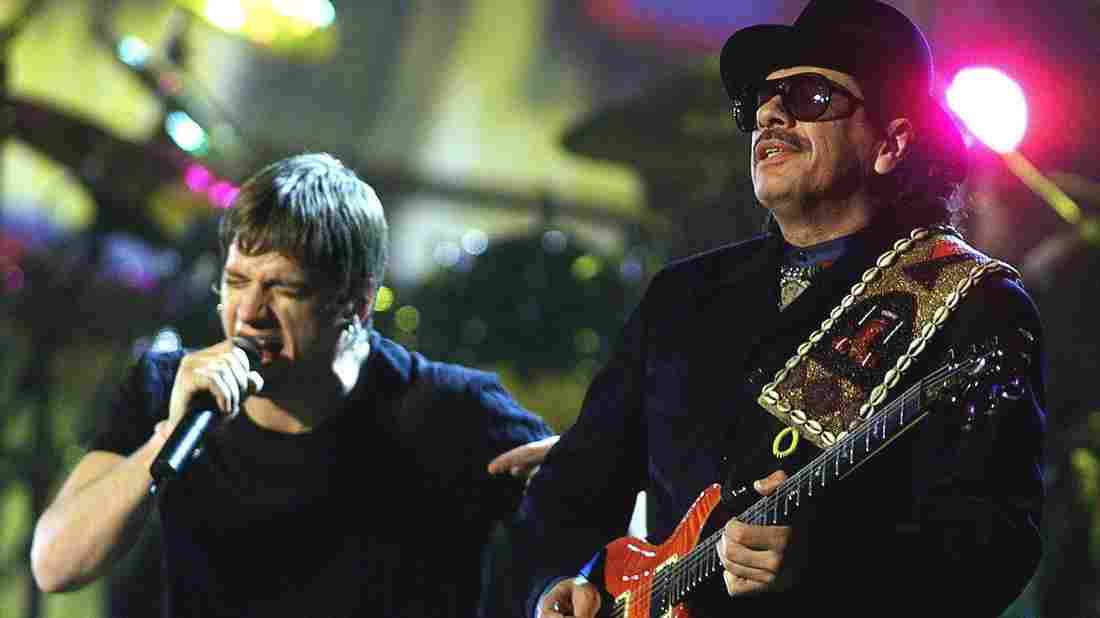 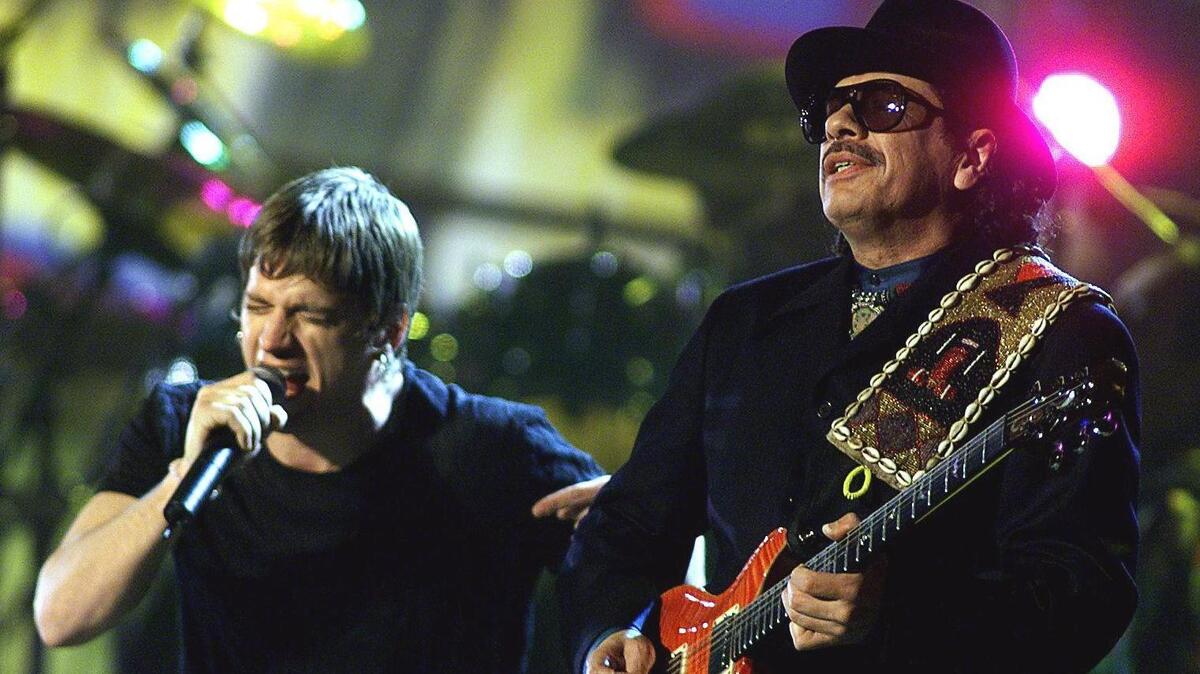 Carlos Santana and Rob Thomas perform the 1999 hit "Smooth" at the 42d Annual Grammy Awards in February 2000. Santana received eight awards including Record of the Year that night.

In the lyrics to one of 1999's most popular songs, Santana's "Smooth," Rob Thomas repeats the words "Let's don't forget about it." Twenty years on, I'm betting that your memory hasn't faded, no matter how hard you might have tried.

The 1900s' final year had its share of songs we'll never forget: "My Name Is," by Eminem (The Slim Shady LP), "All The Small Things" by blink-182, and of course "All Star" by Smash Mouth. But there are so many more 1999 songs that you need to hear in order to remember how great they were: "The Next Movement" from Things Fall Apart by The Roots, "Thank You" by Dido, and "Still Dre" featuring Snoop Dogg from Dr. Dre's 2001 are just a few of the diamonds in the rough you'll hear on World Cafe's 1999 Playlist.

Notable careers took to the stratosphere in 1999, as well. Having released their debuts eight months apart, Britney Spears and Christina Aguilera were battling it out on the pop charts throughout the year. We were introduced to the raw rock and roll of Jack and Meg White. Q-Tip, from A Tribe Called Quest, released his debut, Amplified, while Macy Gray's On How Life Is included the international hit song "I Try."

Artists well into their careers released some excellent albums, too, including Moby's Play (which was voted the best album of the year by music critics) andRage Against The Machine's The Battle Of Los Angeles, which would go on to win a Grammy Award for Best Rock Album. Meanwhile, indie rock had a banner year, with Built To Spill and The Dismemberment Plan releasing career-defining records in '99.

You'll find all of the above in this Spotify playlist. Enjoy.