Want to Help Your Neighbors After the Fires? Here's How (a partial list) 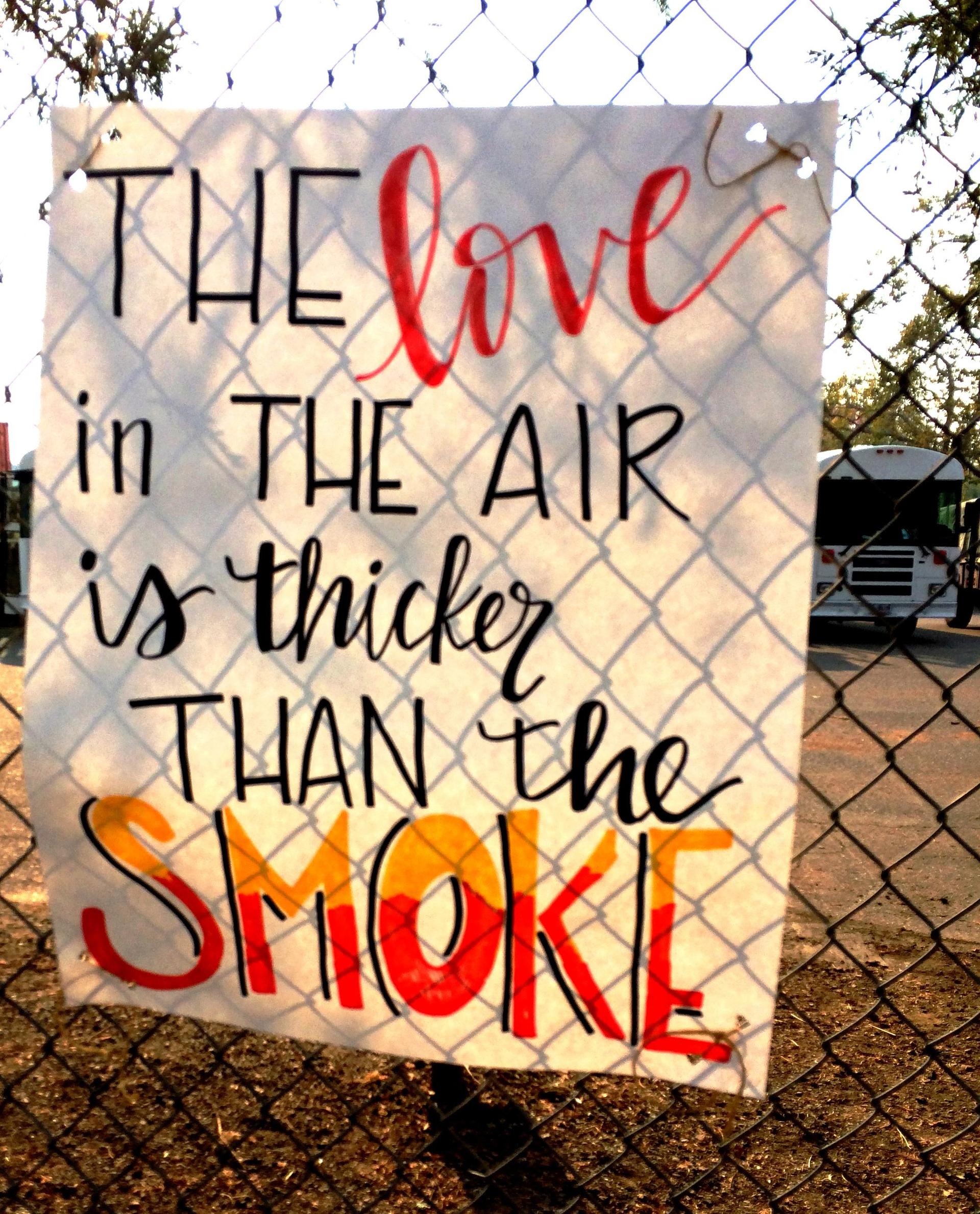 The recent fire crisis has prompted an outpouring of support from Sonoma County and beyond.

But with fire cost estimates in the billions, more is needed. An infusion of cash is the highest priority for most fire victims, and for the organizations that serve them.

With overwhelming need comes an almost equally overwhelming number of worthy groups seeking donations, from small businesses with GoFundMe pages to large organizations. There are alliances for every sector of the population from undocumented immigrants, to firefighters to animals. Here are a few noteworthy organizations.

As of Friday, November 3, 2017, $17,704,874 has been donated to the 2017 North Bay Fire Relief Fund, created by Redwood Credit Union (RCU), in partnership with the RCU Community Fund, Inc., the Santa Rosa Press Democrat and Senator Mike McGuire.

A spokesman for Santa Rosa-based Ernest L. and Ruth W. Finley Foundation said they choose to donate through the North Bay Fire Relief Fund because of the urgent need to get money to victims quickly. “The North Bay Fire Relief Fund was already set up as a 501(c)(3). People were really traumatized, they needed help immediately, and it’s a local fund, run by good people.”

RCU is paying all administrative expenses, so 100 percent of donations go directly to aid fire victims. Information on how much money has been collected, and how it’s been disbursed is updated frequently on RCU’s website.

Funds are allocated based on the greatest immediate need. Millions are earmarked for emergency food and housing for families who lost their homes in Sonoma, Napa, Lake and Mendocino counties. About $225,000 has already been spent on urgent food needs and $200,000 has been allocated to first responders who lost their homes while helping to save other structures. Approximately 3000 gift cards for $250 each will be distributed through schools to families of school-aged children who have lost their homes so they can purchase school clothes and supplies.

Another fund, the UndocuFund, is a nonprofit organization serving undocumented immigrants living in Sonoma County who have lost housing, vehicles and/or work as a result of the fires. Undocumented immigrants do not qualify for aid from FEMA. Aid from other sources may also be difficult to access due to identification requirements, language barriers and lack of familiarity or trust in government agencies and financial institutions.

Representatives from the Graton Day Labor Center, North Bay Organizing Project, and North Bay Jobs with Justice, in consultation with affected immigrants, have developed a streamlined application process, and a standardized formula for grant amounts. With 100 percent of donations going directly to fire victims, the UndocuFund has received support from The California Endowment, The California Wellness Foundation, the Community Foundation Sonoma County Resilience Fund, Gretchen and Jim Sandler of the Sandler Philanthropic Fund, the Evelyn & Walter Haas, Jr. Fund, and the Hill-Snowdon Foundation.

The Direct Impact Fund, in partnership with GoFundMe, has a central web page showcasing verified California Fire Relief fundraisers. Donations are tax-deductible and go directly to support charities and individuals in need. Reading their stories will break your heart and give you hope for humanity. Megan Stanley, a high school senior currently residing in New Mexico, has raised over $10,000 for her ex-employers who lost everything in Napa. Anova, a school for autistic children, lost its entire campus in Santa Rosa, including the $75,000 playground structure it spent two years fundraising to obtain. It was delivered a few days before the fire and burned to the ground in a box. Despite donations by over 1000 people in the last 22 days, Anova is only a quarter of the way to its goal. Charlie and Andrea McEvoy’s campaign to fund the construction of two tiny homes is almost 50 percent funded. Owners of McEvoy Construction, they plan to donate the minuscule, but fully self-contained, homes built on trailers after completion.

Fight compassion fatigue by having fun while you donate. Tipping Point Emergency Relief Fund has organized a benefit concert featuring Metallica, Dave Matthews, G-Eazy and other artists. Band Together Bay Area will be hosted at AT&T Park in San Francisco on Thursday, Nov. 9. Every penny of ticket sales will go to the Tipping Point Emergency Relief Fund to help low-income communities recover and rebuild. For ticket information see www.bandtogetherbayarea.org.

The effects of the most devastating fires in California’s history will, unfortunately, continue for months and years. Hopefully, innovative fundraising combined with generosity and perseverance will provide immediate, mid-term, and long-term help to those in need.