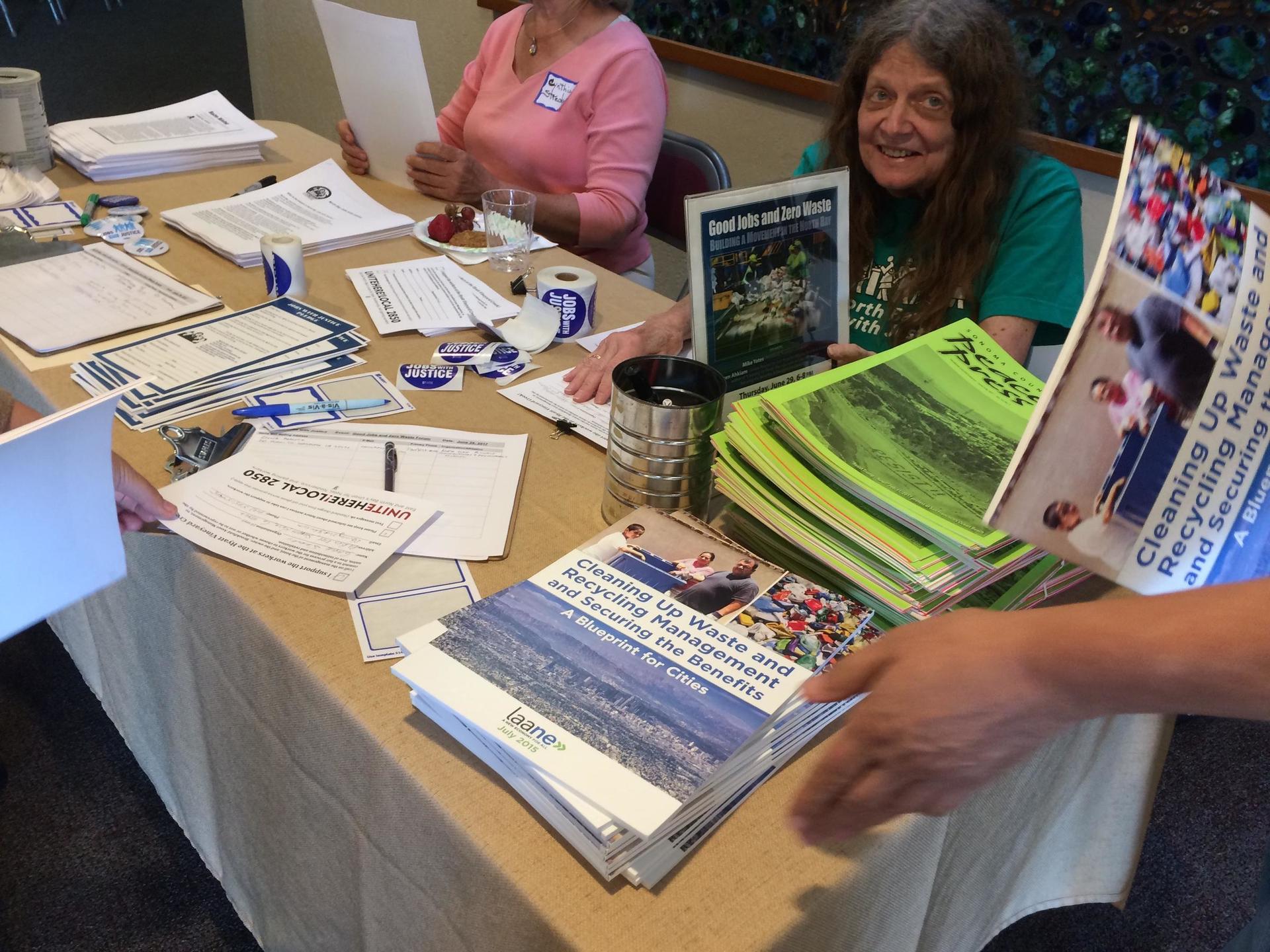 It's easy to forget about trash. We bring it to the curb once a week, or send it down a chute, and it disappears.

But trash is becoming an increasingly important subject in our region, as we try to figure out how we can avoid creating ever-higher mountains of garbage near our towns and cities. Steve Mencher reports on a recent gathering where trash and jobs were the central focus.

Learn more about "Don't Waste LA," an inspirational model for dealing with the stuff we generally throw away.

Dig in to a detailed report on the Los Angeles campaign for Zero Waste.

At the Good Jobs/Zero Waste event on June 29, Marty Bennett of North Bay Jobs with Justice makes the connection between the federal government's policies on the environment, and what we can do locally about connecting better jobs in the sanitation industry and a more sustainable future.