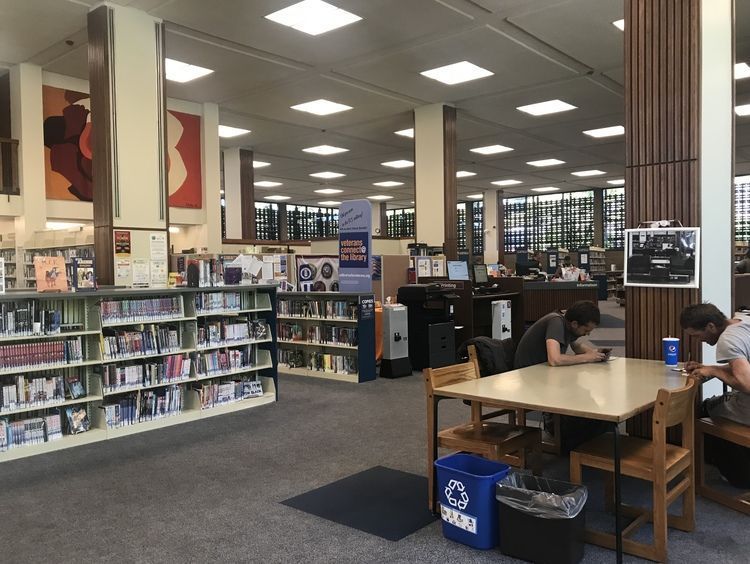 Paying your library fines might not seem like a big deal. It usually adds up to spare change. But earlier this month, the Sonoma County Library decided to remove that burden from its patrons in the name of fairness.

Rushing quietly into the Sonoma County Library, a mother heaves a bag filled with children’s books onto the returns desk.

She may not know it, but she won’t be penalized if the books are overdue. The library has decided that fines are a financial burden and prevent patrons from borrowing more materials.

Ann Hammond, Sonoma County Library director, says it’s a social equity issue. “In our research, we found that about 30 percent of our library patrons, or approximately 42,000 people in this county, were blocked from using their library. And that’s because they had a minimum of $10 of overdue fines. $10, if it’s 25 cents per day per item and you’ve, you know, got several children who check out two dozen books each, you could rack up $10 in fines in no time at all.”

The Sonoma County Library follows in the steps of a number of libraries across the country, particularly in California, by eliminating all library fines. The only fee library goers are charged from now on is for the replacement of an item that’s lost or damaged. If a lost book isn’t returned within 62 days of its due date, the library patron will be charged for the cost of the book. But for those who end up finding that lost book under a couch cushion or car seat, the late fee will be removed.

“Oh, I think it’s going to bring in more customers,” says library goer Sarah Hazen. “There’s always of course the worry that people will not bring books back. But it’s a kind of generous, open-hearted way of operating, so I like it.”

The revenue accrued by the library from fines was $200,000 per year. But this is only about one percent of the library’s total operating revenue, which Hammond says isn’t anything they can’t absorb. In fact, she says it was costing the library more in staff time to process the fines than they were getting back in revenue. According to Hammond, this new policy also relieves some stress from staff and creates a happier environment for both staff and patrons.

“Oh I think it’s a disaster,” says library goer George Shalimoff. “I can’t find circulating books sometimes, I can only find the reference books. And if I can find them circulating, they’re usually out. But the library should be the greatest function of any city or town.”

Children misplace books, parents don’t have time in their busy workday to return a book by its due date, people are traveling or have economic or personal issues that prevent them from paying library fines.

So far, says Hammond, the response to the new policy has been overwhelmingly positive.

See a list of the Sonoma County Library’s locations.

Read about other local libraries that have adopted a no-fine system: