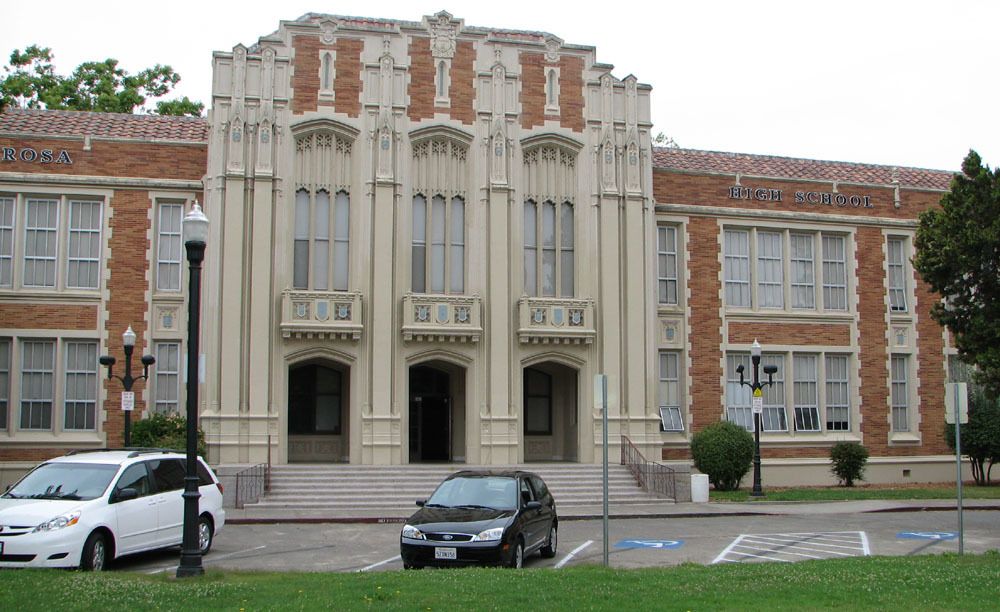 On May 31st, 2019 at 10:41 a.m., Santa Rosa High School Resource Officer Matt Crosbie received an urgent call from staff in the front office.  Officer Crosbie was on campus and quickly responded to the office.  A student reported that there was another student (suspect) in the music building holding a handgun in his hand.  The suspect racked the slide of the handgun.  The witness student ran to the office to report the suspect’s actions.  Officer Crosbie knew the 15-year-old male suspect that the witness described.  The witness student provided highly credible information.

Officer Crosbie immediately ordered a lockdown of the school, called for additional police resources, and ran to the music building.  When Officer Crosbie got to the music building the suspect was no longer there.  At least five additional Santa Rosa Police Officers began responding within seconds of Officer Crosbie’s call for assistance.  Within five minutes over thirteen Santa Rosa Police Officers were assigned to the call.  The number of responding officers continued to grow as the event unfolded until there were over thirty police officers actively working on the incident.

Parents were directed to respond to the Santa Rosa Junior College campus where they were kept up to date by Santa Rosa Police personnel until the incident concluded.

A systematic search of the campus was conducted while the school remained locked down.  Students and staff remained locked in their classrooms.  During the search Santa Rosa Police received information that the student may have fled campus as the lockdown was being initiated.  He was reported to have gone to the McDonalds located across the street from Santa Rosa High School.  At 11:59 a.m., Officers responded to McDonald’s, but the suspect was gone.  Video surveillance from McDonald’s showed that the suspect was at McDonald’s, but there was no indication of whether or not he may have returned to campus. 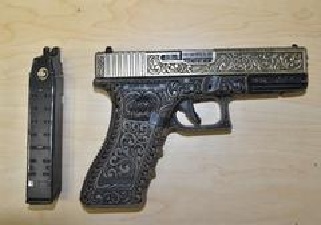 At 12:48 p.m. a Sonoma County Sheriff’s Deputy located the suspect in a neighborhood adjacent to Santa Rosa High School (Beaver Street and Benton Street).  The suspect was detained without incident.  A Santa Rosa Police Detective asked the suspect where the gun was located to protect the public.  The suspect said he disassembled the gun and put it in the trash at McDonald’s.  A detective located the gun in the trash at McDonald’s.  The gun is a realistic looking replica firearm with functioning slide that shoots pellets or bb’s.  See attached pictures.  The school lockdown was lifted at 1:22 p.m.

The suspect was transported to Santa Rosa Police Department.  He will be booked into the Sonoma County Juvenile Justice Center for 626.10 (a)(1) PC – Weapon on school grounds.

Lockdown has been lifted. Students will be released for the day.

Santa Rosa police report via Nixle that they have located a suspect, who is now in custody. Students will soon be released from Santa Rosa High School.

Santa Rosa High School is currently under on lockdown due to reports of an armed student. According to Santa Rosa Lt. Ryan Corcoran, police received reports that a student was seen on campus with a handgun at 10:40 this morning.

More than twenty officers are on campus and are searching for the suspect. Students are sheltering in place and there have been no injuries or threats of violence.

Police ask that parents do not go to the high school campus. Parents can meet at the Big Lots parking lot on 2055 Mendocino Ave. to connect with officers and ask for more information.

We will continue to update this story as we learn more.