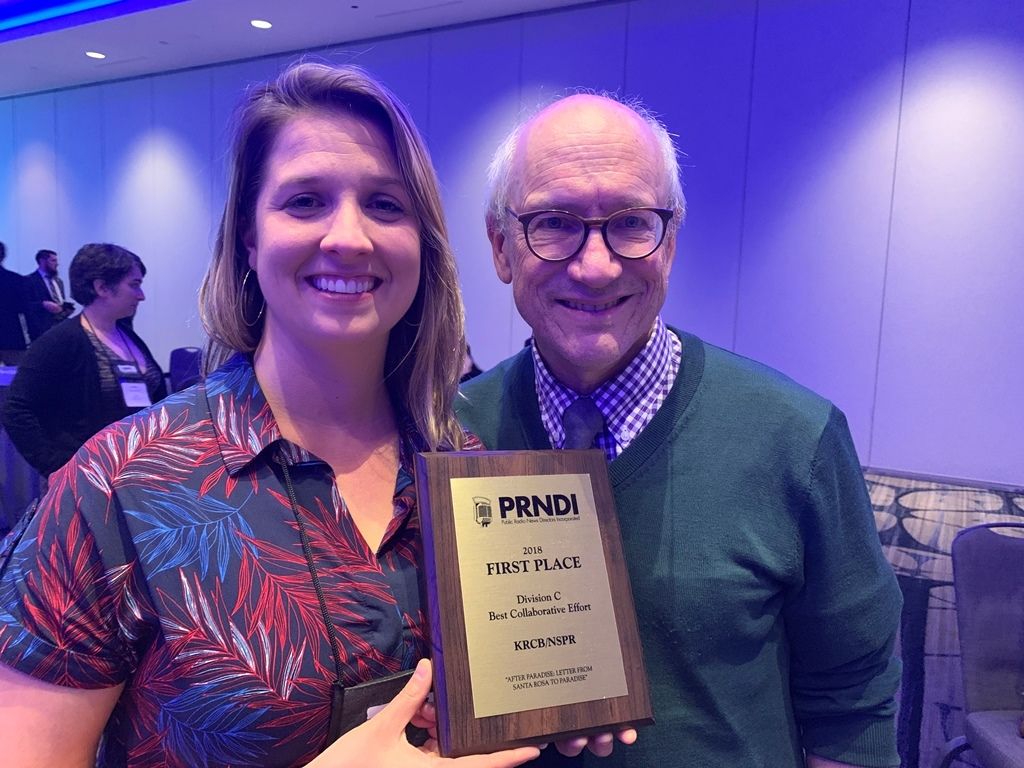 The episode "The Forgotten Civilians of Eglin Air Force Base" from our environmental justice podcast "Living Downstream" won first place in the podcasting division for small stations.  During the Vietnam War, civilians at Eglin Air Force Base in Florida tested Agent Orange, and many suffered health consequences from their work. Before the podcast episode was heard, and an excerpt broadcast on NPR’s “Here and Now,” there was little hope that this issue could find its way to the courts. Today there’s hope. This story was produced by Jon Kalish and edited by KRCB News Director Steve Mencher.

As the communities of Paradise and Chico felt the full fury of the 2018 wildfires, the most destructive in Calif. history, NSPR began a daily show about the fire and its aftermath called “After Paradise.” NorCal Public Media teamed up with NSPR on a “Letter from Santa Rosa,” interviewing survivors of the 2017 Tubbs fires who had advice on resiliency and self-care for their neighbors to the north. This collaboration won first place in its division. This story was produced in partnership by KRCB's Adia White and Steve Mencher and NSPR's Sarah Bohannon. Tess Vigeland hosted this episode.

Cartoonist Brian Fies, interviewed in this episode, worked with public radio station KQED to create an animation of his experience. Watch his story below.

When Roseland was annexed into Santa Rosa, we wanted to investigate how politics might play out in the everyday lives of residents, especially in the area of health. Our series "Will the Annexation of Roseland Improve the Community's Health" won second place in the collaboration division. The work was facilitated by the Latino Public Radio Consortium and funded by the USC-Annenberg Center for Health Journalism. KBBF's Edgar Ávila produced the series in partnership with KRCB's Steve Mencher and Adia White.