Map Identifies Areas at Risk of Flooding, Mudflows In Aftermath of Wildfires 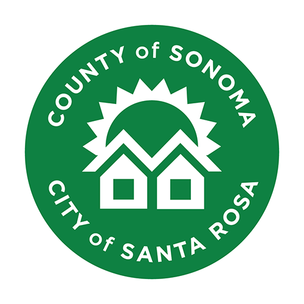 SANTA ROSA, CA – The devastating October wildfires that swept through Sonoma County created a significant flood risk for people living in and nearby the burned areas until vegetation is restored.

In order to help residents assess their risk and prepare for flooding, a post-fire hazard map is now available at www.SonomaCountyRecovers.org.

The post-fire hazard assessment map was created using a multi-agency analysis of the burn areas and identifies areas that have a high, moderate or low hazard estimate for flash floods, mudflows and debris flows. Wildfires dramatically alter the terrain and soil conditions and leave the ground unable to absorb water, creating ideal conditions for flash flooding and mudflows. The National Weather Service expects flash flooding and mudflows to become more likely during periods of intense rainfall.

In addition to making the hazard maps available, Sonoma County and City of Santa Rosa officials are posting road signs and sending out postcards alerting residents and anyone entering the burn areas of the increased threat of flooding and mudflows in the wake of the wildfires.

Owners of properties in the burn areas identified as medium and high risk for flash flooding, mudflows and debris flows will receive a postcard alerting them to the increased probability of these hazards in the event of heavy rainfall. The postcards include brief descriptions of how to be prepared for flash floods and mudflows, and how to stay informed about potential emergency events. More information about being prepared, including the map identifying post-fire hazard assessments, is available at www.SonomaCountyRecovers.org.

“A critical part of our fire recovery efforts is continuing to protect the lives and property of those in the areas where the fires burned,” said Shirlee Zane, chair of the Sonoma County Board of Supervisors. “We’re asking people to remain alert, be prepared, and protect themselves from the increased risks from flooding after the fires.”

Roads leading into the most severely impacted burn areas will be posted with “CAUTION! HIGH-RISK AREA” signs in English and Spanish. The locations were selected to warn anyone entering those areas about the risk of flooding and mudflows during and after major rainstorms.

City and County officials are working collaboratively on numerous fire recovery fronts, including efforts to protect the watershed and communicate with residents in the burn areas about the importance of signing up for alerts and remaining vigilant about weather conditions. “Our community continues to be strong and resilient as we recover from this disaster,” said Santa Rosa Mayor Chris Coursey. “As we approach the rainy season, we want everyone to be aware of the increased risks that heavy rains bring, both in the fire burn areas and downstream of those areas. The impacts of this fire are going to be with us for a very long time and being prepared for any emergency is critically important.”

Residents in locations in and around the burn areas are advised to keep their cell phones turned on at all times, and to have their notifications switched on in order to receive Emergency Warnings from the National Weather Service (NWS) and SoCoAlert. Information on NWS Advisories and Watches is available at weather.gov/alerts. To sign up for SoCoAlert go to: SoCoAlert.com. In areas where there is limited cell service, or if a power outage occurs, Emergency Warnings from the National Weather Service will be announced on Weather Emergency Radios, which rely on batteries.

Residents are encouraged to have an evacuation plan in place and make sure all family members are familiar with it. The risks for residents in and around the burn areas include:

• Flash floods: A rapid flooding of a low-lying area in less than six hours, which can be caused by intense rainfall. Flash floods are known to roll boulders, tear out trees and destroy buildings and bridges.
• Mudflows: Rivers of liquid and flowing mud on the surface of normally dry land, often caused by a combination of vegetation loss and subsequent heavy rains. They can cause significant damage.
• Debris flows: A moving mass of mud, sand, soil, rock and water. They can travel very quickly, and can be very powerful and destructive.

For information about being prepared visit: sonomacountyrecovers.org/rain-ready