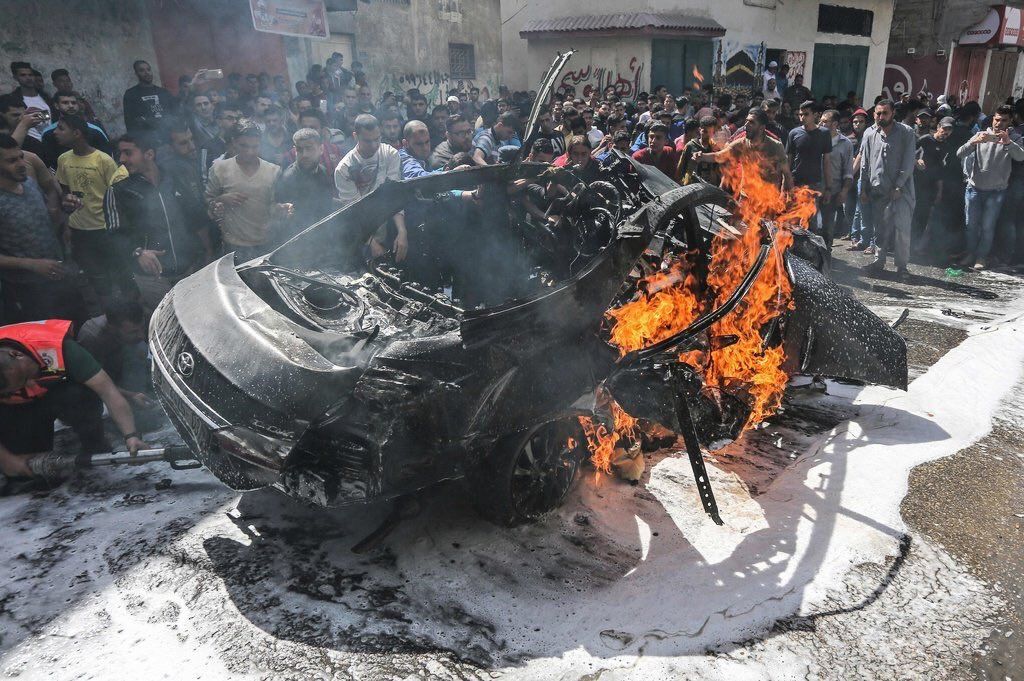 Beginning  Saturday May 4 and lasting through that weekend, rockets flew in the Middle East. Israeli Defense Forces said that 700 rockets and mortars were fired into Israel from the Gaza Strip. Israel responded with a massive bombardment.

Four Israeli civilians, and at least 22 Palestinians – a mix of fighters and civilians - were killed.

This was the worst fighting in the area since 2014.

KRCB news director Steve Mencher spoke about the situation with the Israeli Consul General in San Francisco, Shlomi Kofman. Mencher asked about the Palestinian casualties, particularly a pregnant woman and her 14-month-old child.

We also talked with Shlomi Kofman about the possibility that peace talks could be restarted and about the rise in anti-Semitism around the world.

(Image: Israeli bombs targeted a Palestinian who Israel says was responsible for funelling Iranian money to Hamas and the Paletinian Islamic Jihad. Israel had temporarily stopped targeted killings until this action in early May. Source: Twitter, Israeli Defense Forces)