DHS Secretary: After Fires, We Will 'Make Sure Californians Have What They Need' 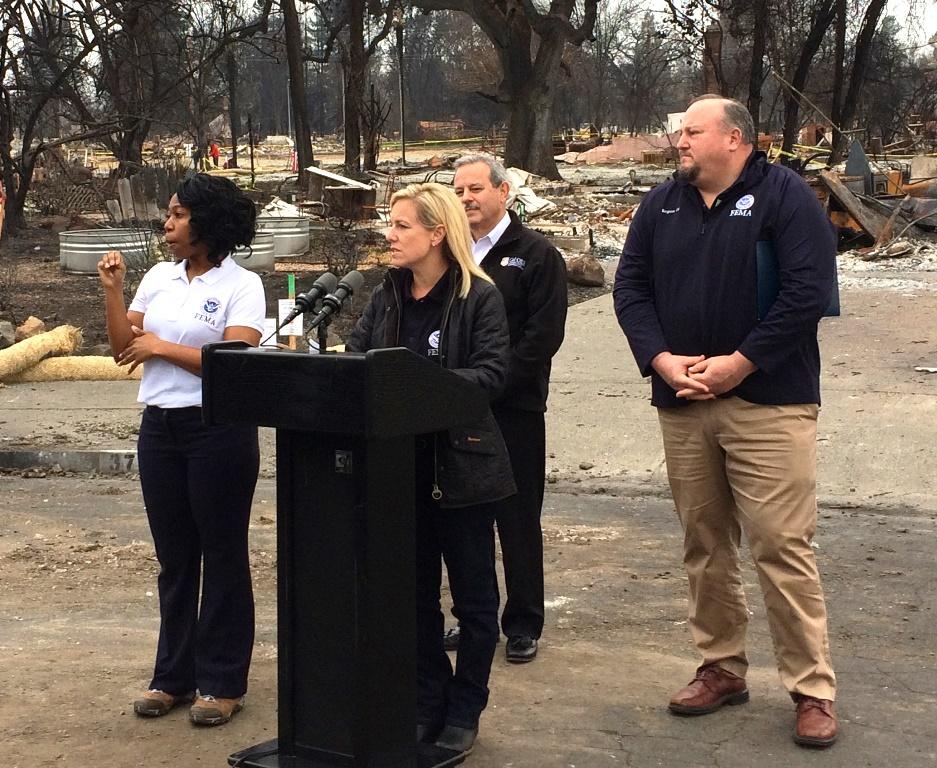 In her prepared remarks, Nielsen promised help from the federal government for fire recovery and noted that her department "will be here, arms locked, with state and local officials, to help California recover from the fires."

After her remarks, she took a few questions from the press. You'll hear brief pauses in the complete audio below, since we didn't get clear sound of the questions. The first question was answered by California Office of Emergency Services chief Mark Ghilarducci, who talked about whether the city and county are prepared for runoff from the rains that have arrived this week. (5:55) A followup question concerned sinkholes.  (6:40)

A reporter asked the secretary about sanctuary cities, and she gave a short answer, hoping to get back to talking about fire recovery. "What we're talking about," she said, "are sanctuaries for criminal aliens." (Answer below at 7:15)

KRCB asked about complaints from our members of Congress that California was being neglected in plans for disaster relief funding, which had concentrated on Texas, Florida, Puerto Rico, and other areas hit by hurricanes and floods. Secretary Nielsen promised that all of California's needs would be met. (7:58)

The last question seemed to be about statements by the acting head of ICE about stepping up immigration enforcement in California, and how that would affect the labor market. But it was hard to hear the question. (8:28)