Feds To Send COVID Tests To Nursing Homes, But Can California Really Use Them? 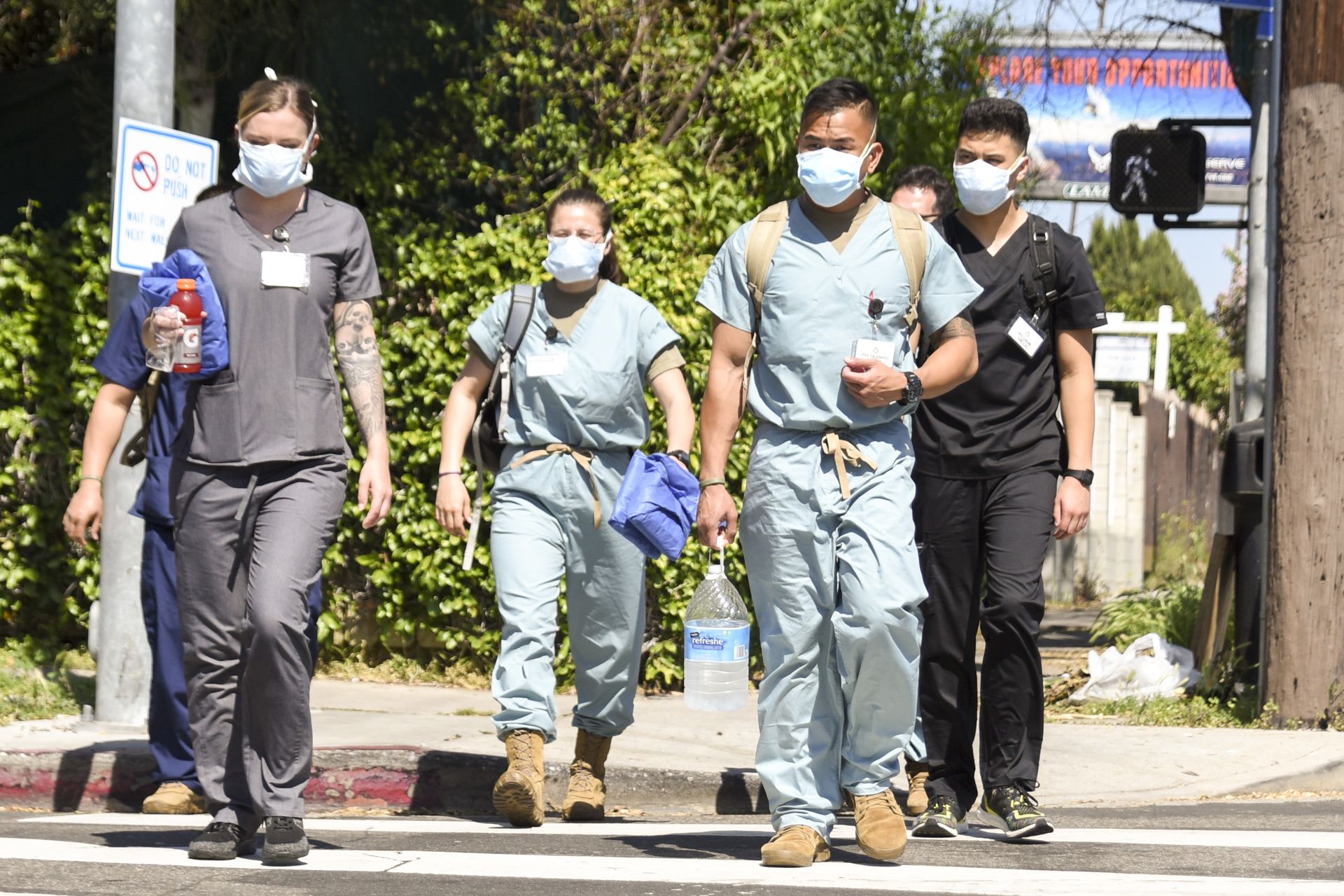 Six months into the coronavirus pandemic, the federal government this week announced it would send COVID-19 rapid testing kits to the nation’s more than 15,000 skilled nursing facilities, starting as early as next week.

But the kits may be of limited use in California because the state’s public health agency currently requires nursing homes to use more sensitive tests than the federal kits offer.

That disconnect – between what federal officials offer and what California nursing homes actually need right now – is the latest example of what many critics have characterized as a top-down, disastrous federal response hampered by lack of communication with states. Other states requiring monthly or weekly COVID-19 testing in nursing homes, including Connecticut, New Jersey, New York, Massachusetts and Pennsylvania, may face the same problem.

California public health officials were caught off guard by the announcement, as were those in other states. They had no answers this week for nursing home administrators who asked if they could use the new testing kits for surveillance testing. The California Department of Public Health on Friday told CalMatters in an emailed statement that it was aware of the federal test kits but sidestepped the question of whether it would change its rules so that nursing homes could use the type of tests in the federal kits.

The kits, which include a tabletop testing machine and materials for 400 initial tests, use antigen tests designed to screen for disease rather than conclusively diagnose it. A machine can run as many as 20 tests in an hour, and each test after the first free 400 tests would cost the home about $25.

In late May, the California Department of Public Health ordered the state’s 1,224 skilled nursing facilities to conduct baseline COVID-19 testing of every resident and worker in June and then continue regular surveillance testing after that. The goal: to eliminate the devastating outbreaks that to date have sickened more than 16,000 elderly or medically frail residents and killed nearly 2,900. About 81 percent of nursing homes have completed their baseline testing as of this week, according to a CalMatters analysis.

Nursing homes must use tests that offer at least 95 percent sensitivity, meaning that the tests can’t miss more than 5 percent of people that have the disease. But the antigen tests offered by the federal government only offer about 80 percent sensitivity.

So unless state officials change the rules, California’s skilled nursing facilities can’t use the federal kits to screen their residents. The state’s nursing home industry group has asked the public health agency for more clarification but had received no answer by Friday, according to Craig Cornett, CEO and president of the California Health Facilities Association.

In the meantime, California nursing homes are still having problems getting lab results back quickly for the testing they’re required to do. The facilities must routinely test all workers at least once monthly, but have experienced delays of up to two weeks because laboratories are overwhelmed, according to the California Department of Public Health.

Dr. Mike Wasserman, a nursing home medical director and president of the California Association of Long Term Care Medicine, described the federal test kits as “a step in the right direction,” noting they could be used to screen visitors and workers under some conditions.

“Is it perfect? No, but perfection is the enemy of the good right now. Without testing we are blind,” Wasserman said. “I am concerned about the way the federal government has seemed to do things without actually engaging the folks who understand how things work in nursing homes.”

Leza Coleman, executive director of the California Long-Term Care Ombudsman Association, said she was initially excited to hear about the kits, because federal officials have said onsite testing could be used to allow families back inside. Now she’s disappointed that they can’t be used, at least for now.

California nursing homes also will need to train staff to operate the testing kits and some need to get a federal waiver to conduct lab tests since they are not approved lab facilities, another bureaucratic hurdle. It’s also unclear whether the homes will need to report the antigen tests to public health authorities, or only the more sensitive diagnostic tests.

And some scientists continue to worry about the accuracy of the antigen tests.

“There’s a real lack of evidence of how these tests perform…the myriad of downstream impacts are unknown. Be afraid,” tweeted David Grenache, a clinical professor of pathology at the University of New Mexico and chief scientific officer for TriCore, a New Mexico reference laboratory.