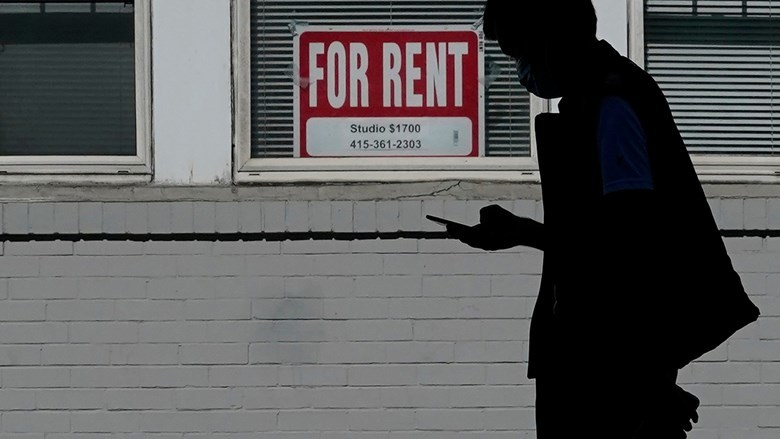 After four years of living uneventfully in a Victorian-style apartment building in Midtown Sacramento, Bobby Castagna says he never thought he'd be out of a place to live. But that changed this past summer, when Castagna and his eight neighbors got an eviction notice.

Their landlords, owners of the two apartment buildings above the University Art Center store at 26th and J streets, have said they plan to demolish the buildings because they've fallen into disrepair. But Castagna and others are upset that the city's Tenant Protection Program has allowed the eviction to go through during a pandemic.

"I've been living in that unit for four years, paying my rent on time, all the time, no problems at all," Castagna said. Then the eviction notice arrived last August.

"[It was] not exactly what I was expecting," he said.

Castagna said he emailed city representatives with the Tenant Protection Program to see if he could be shielded from the eviction. The program was created by the Sacramento City Council in 2019 to cap rent increases and prevent "unjust" evictions.

Then, at the start of the pandemic, the City Council adopted an emergency ordinance to create a temporary eviction moratorium for tenants unable to pay rent due to job loss. The Tenant Protection Program's focus shifted more toward supporting this moratorium, according to city officials. But Castagna says people who work within the city program couldn't do anything about his situation.

"They pretty much didn't have any answers for me," Castagna said.

Now, Sacramento City Councilmembers will review a comprehensive report about the city's Tenant Protection Program during Tuesday's council meeting, at the request of District 4 Councilmember Katie Valenzuela, a tenant herself and vocal supporter of renter protections.

Valenzuela's been listening to local housing advocates who want expanded protections for renters, as well as a city plan to enable renters to pay back missed rent.

The city's eviction moratorium expired in September, and since then, renters have been protected under a state moratorium issued under AB 3088. But starting in February, renters will be expected to pay back unpaid rent, or risk getting evicted.

Valenzuela says residents have told her they don't feel adequately protected against evictions. But at the same time, she believes local policy needs to balance the needs of both tenants and landlords.

"How do we ensure [people] don't lose housing, and that landlords get revenue that they might need that they've been without for the past months?"

Tenant rights advocates like the Sacramento Tenants Union say the city's Tenant Protection Program is not far-reaching enough. The current program covers about 42,000 rental units in the city. However, it doesn't apply to residents living in single family houses, rental units in condominiums or people in transitional housing. It also doesn't protect renters like Castagna from being evicted because the landlord is looking to take the property off the rental market.

"Immediately after these protections go into effect, all these landlords who had been evicting people without cause are saying 'I'm going to renovate that building or I'm going to demolish that building,'" he added.

Other cities like San Francisco, Oakland and San Jose have Tenant Protection Programs that make it harder to evict tenants under the Ellis Act, a state law that permits landlords to force relocations because a building is being removed from the rental market. Advocates hope similar safeguards could be put in place in Sacramento as well.

In addition, advocates are concerned that tenants will not be able to pay back rent by the looming state deadline, and it will be harder to do so as the pandemic-induced recession drags on. Sacramento city's current program doesn't offer recourse for these tenants.

Simon-Weisberg wants the city to find out how many landlords have not been receiving rent, and then provide financial assistance to those landlords while a payment plan is worked out with tenants.

Valenzuela says she would support a similar solution to avoid evictions, such as creating a debt repayment plan between tenants and landlords.

"The repayment schedule can be negotiated based on what the tenant can afford and what the landlord needs," she said.

In a written statement, the California Apartment Association (CAA), which represents property owners and managers, called the current renter protection program "Sacramento's strongest" in history. The association said it has been educating local landlords so that they comply.

However, Senior Vice President of Public Affairs Mallori Farrell said it's too early to evaluate the effectiveness of the program because it has been in effect for less than two years, and the pandemic has prevented a full rollout.

"It's impossible to assess the program's successes or failures," Farrell wrote in a statement. "This is the time for implementation, not evaluation."

The association says that the pandemic is posing financial challenges not just for renters, but also for housing providers.

The City Council will be discussing the program at their meeting on Tuesday.