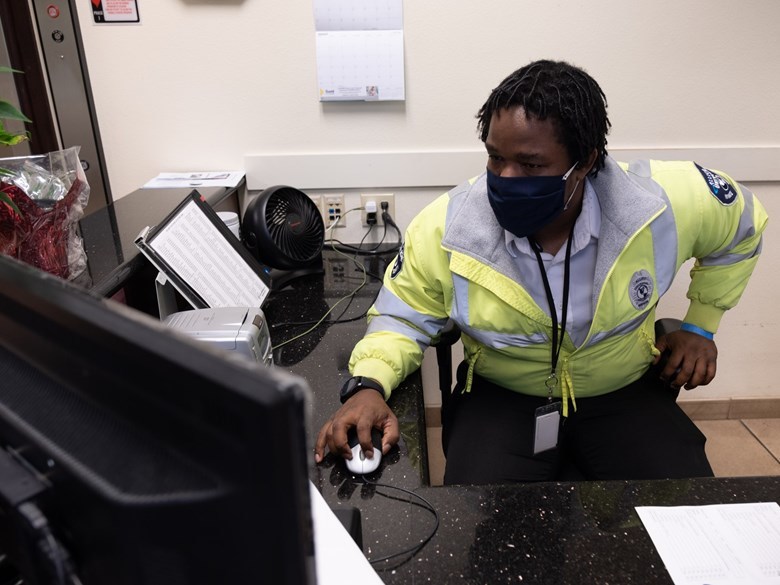 African Americans were more likely to trust social media as a source of information for COVID-19-related news than other racial groups surveyed in a recent CapRadio/Valley Vision poll of the greater Sacramento region.

These results regarding trust in information for COVID reflect a larger reliance on social media for news and information. In South Sacramento for example, Pastor and City Council hopeful Les Simmons said his church, South Sacramento Christian Center, has prioritized putting out information on Facebook and Twitter, because he knows that’s how most of the community gets their information.

Flojaune Cofer, an epidemiologist at Public Health Advocates, added that because of a history of distrust — in particular within the Black community and with organizations in power like the public health department or the governor’s office — African Americans were more likely to turn to social media because many saw it as a safe space.

“So the messenger does matter, especially in a community where there’s been historical trauma, and where the authority figures don’t always have a lot of trust," she said. "But there’s still an appeal to authority that happens even in the Black community, it’s just they want to hear from authority figures and experts who look like them.”

“So their opinion holds weight, because you intentionally decided to tap into them as leaders,” she said.

She mentioned how when a program called Pandemic EBT came out from the Department of Social Services, grassroots organizations had a hard time getting the word out through the appropriate channels.

“We had to fight with the Department of Social Services to get the images so we could put it on social media,” she said. “There’s so much in the way that the government is always a generation behind in terms of its communication channels.”

Simmons also mentioned how when some COVID testing was shut down in Sacramento due to a shortage of testing materials, his center heard about it on the news, rather than through the public health department.

“In many ways, we didn’t know about it until we saw it on the news that these sites were going to be closed,” he said. He added that sometimes, when agencies leave out grassroots organizations, they may not reach people in the communities well.

“For instance, a few months ago the city released its first phase of resources for small businesses, I think that was the ball being dropped due to lack of networking and communication to reach the folks in this district,” he said.

The Pew Research Center recently wrote specifically on how African Americans in particular have used social media to organize movements such as Black Lives Matter, and how Black people were more likely to use social media to read about racism.

“It’s not surprising that they’ve been following the Floyd protests, but they’re also more likely specifically to have shared content about race inequality on social media,” Elisa Shearer, a researcher at the Pew Research Foundation said. “You definitely see a lot of activity among Black Americans on social media about race issues.”

She added that other research has shown that Black Americans were more likely to be following news regarding COVID-19 more closely than other race or ethnic groups, and that they were also most likely to feel that traditional media did not understand their group well as it pertains to race.

“We have some data on this that asks, do you feel news organizations understand people like you?” Shearer said. “Black Americans were much more likely to feel that that misunderstanding is based on race, as opposed to something like politics or class or interests. So you can definitely see that higher level of disconnection based on race and demographics.”