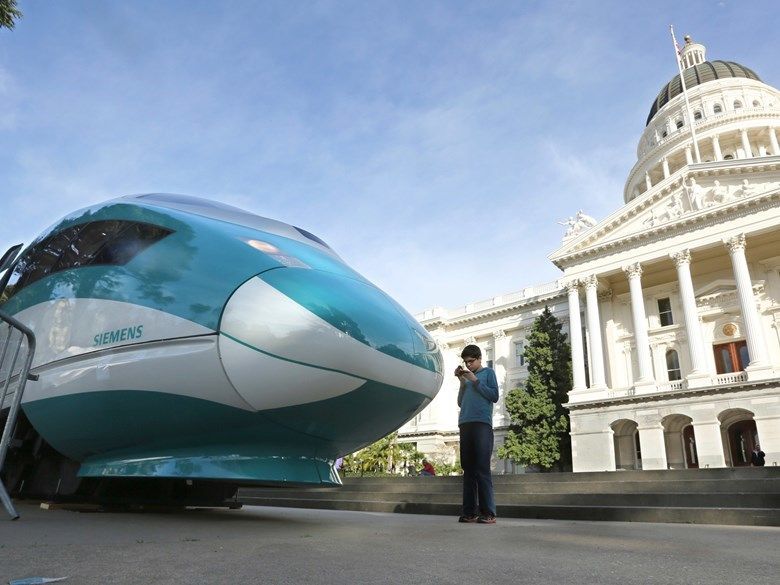 In this Feb. 26, 2015 file photo, a full-scale mock-up of a high-speed train is displayed at the Capitol in Sacramento. Credit: Rich Pedroncelli / AP Photo / via CapRadioThe Trump administration has cut off all communication and cooperation with the California High-Speed Rail Authority. The state says that puts the already embattled project at risk of further delays and cost increases. 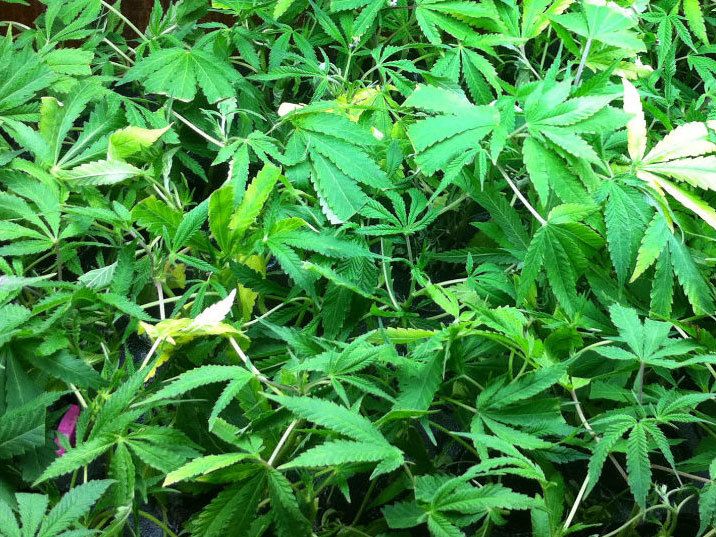 Credit: Andrew Nixon / Capital Public RadioCalifornia doctors can’t prescribe cannabis, but a new bill could allow patients with medical marijuana cards to use their own weed while in the hospital. 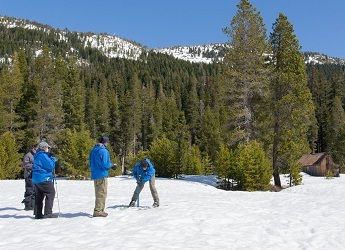 Photo of the DWR water team at Phillips, CA. Photo courtesy of DWR.The final snow survey of the year in the Northern Sierra shows a snowpack at 144% of normal.