Suzanne Lang Talks with J. Chester Johnson on KRCB’s A Novel Idea – Sunday at 10am 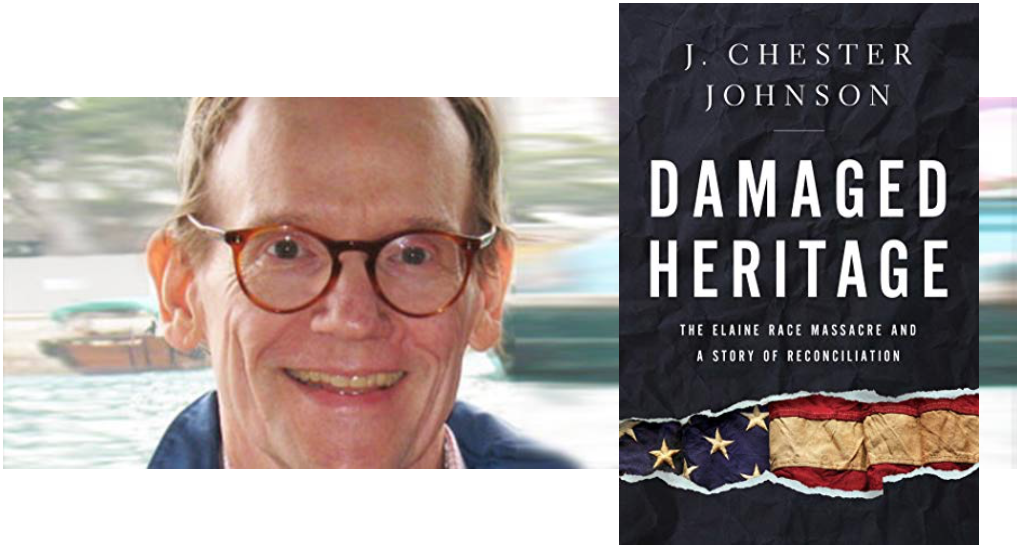 White people kill black people. Despite Emancipation, despite the Civil Rights movement of now over fifty years ago, white people still kill African Americans in cold blood. In 1919 in the state of Arkansas in the fertile area of the Mississippi River, in a town called Elaine over the course of a couple of days, over 100 African Americans were slaughtered, as well as five white men in what came to be known as the Elaine Race Massacre.  Damaged Heritage: the Elaine Race Massacre and a Story of Reconciliation is J. Chester Johnson’s historical memoir that tells of that ugly spell of history and takes us further on his own journey of reconciliation with his own family’s participation in those events of a century ago. Suzanne M. Lang talks with Johnson on KRCB’s A Novel Idea.

A Novel Idea airs on the first and fifth Sundays of every month at 10:00 am on KRCB-FM Radio 91 / streaming @ norcalpublicmedia.org /Download the FREE KRCB mobile app @ iTunes & Google Play!