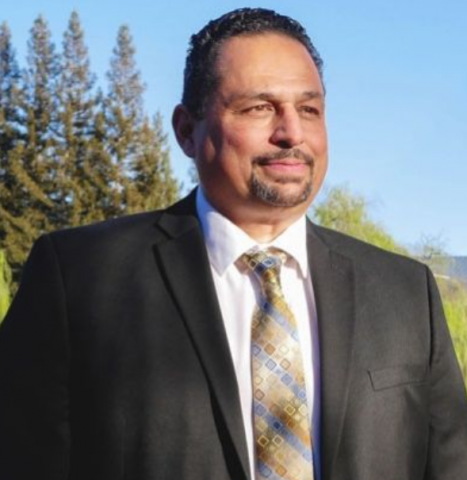 This week, as Sonoma County voters are mulling over their June 7 primary election choices, we've been talking to candidates for two rare judgeships on the ballot. We heard from the two candidate for office #6; now KRCB's Greta Mart speaks to the two men who are vying for office #9.

PARDO: My name is Oscar Pardo. I am a civil litigation attorney and live in the Coffee Park neighborhood of Santa Rosa. Something that I've been looking forward to doing for quite a long time, is to get to this position. I was looking at the appointment process, but I think the issues that I'm particularly running on in this election, I believe that they're more for a general public to decide rather than to putting them in the hands of a governor.

MART: Okay. Give me an example, what are you talking about?
PARDO: Well, there's two primary issues that I'm running on and they both have to do with diversity. The first one is diversity on the bench in terms of experience...the last four or five judges have been appointed by the governor. That's the process that they've undergone, and all of these folks have come with a criminal law background. As you may know, there are four departments here in Sonoma County that handle civil litigation cases, it's my understanding that at least three of those four judges will be retiring at the end of this month, which means that there will be a vacuum of experience in my opinion of civil litigation folks who are currently sitting on the bench because of what I mentioned earlier in their criminal experience. So I'm a civil litigator. I've been a civil litigator for the last 15 years. I do that day in and day out. And in that sense, I would like to add diversity in terms of experience. The second type of diversity that I would like to lend to the court is one of diversity in its reflection of the community; the Portrait of Sonoma County 2021, and this last census that was taken tells us that there's about 500,000 people here in Sonoma County, 200,000 of which identify as people of color. Right now, of the 20 judge there's only one who identifies as a person of color, and she actually replaced the prior person who retired and which is why one of these seats is open, who was a person of color. Uh, I am Mexican American, and I believe I can add a different perspective to that bench, a perspective that is not fully reflected right now, and a perspective that is not reflective of the communities that this judiciary serves.

MART:
Okay. Got it. Voters are not used to these races. So how do people know your judicial philosophy,

PARDO:
Right. You know, and it's really, really difficult and in all fairness to voters here, they have a really difficult job trying to ascertain that on their own for several reasons. First, because they don't get an opportunity to, to elect judges, so their resources are not refined for that purpose. Secondly, because judicial candidates are by judicial canon #5 of California cannot give out opinions about where they stand on on certain cases or certain case law or legislation because these may be matters that come before them. So, in the absence of having an ability to directly get information from a candidate, what is a voter supposed to look at? Well, my argument is that they should be looking at the person and how they presented themselves within their community. That is how involved are they in the community? How well do they know it? How have they volunteered or been a part of nonprofits that serve communities within Sonoma County? What is their standing in reputation within the legal community? What kind of acknowledgements or endorsements have they received from folks who are vying in this race for them? Those pieces of information is what a voter is left with in these types of races to make those decisions. Because I or any other candidate can come in front of you and say, I'm going to be fair. I'm going to be tough. I'm going to....we can give you all these adjectives, but you have no basis as a voter to figure out how much of that adjective is really actually being resonated by who that person is.

MART: Right. Okay. Just give me a couple examples. Who are you endorsed by? What is your involvement in the community?
PARDO: Sure. So in terms of community involvement, I've been heavily involved, and especially in underserved communities, I am one of the founding members of Los Cien Sonoma County, which is the largest Latino based organization here in Sonoma County. That organization works to build bridges with other communities throughout the county to bring about social change and policy change on homelessness, education, business equity, and so forth. So I'm also the vice president of the Elsie Allen High School Foundation, which is arguably the most underserved high school in, within Sonoma County based on its demographics. I've been a board member of the Hispanic Chamber of Commerce, been a board member of the Volunteer Center of Sonoma County. So I've kind of laid myself out throughout the county for these last 15 years that I've been here, doing that type of work.

MART: Okay. Why do you want this job?

PARDO: I, I think that when you have the third pillar of your government--the judiciary--not being reflected in the community that it serves, it starts to create, in my view sense of disenfranchisement from those communities that do not see themselves reflected in that judiciary/ And for an institution that prides itself in equality and equity and providing fairness to all of them, even the appearance of the fact that that bench is not reflective of the community, starts to erode the confidence that the people have in it. And that shouldn't happen because that's bad for everybody.