Primary Election '22: LemMon vyies for one of two judgeships on the ballot 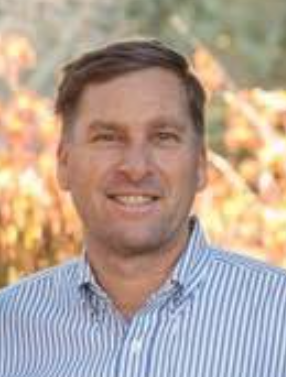 Next, as part of our ongoing June 7 primary election coverage, we look at two unusual races Sonoma County voters will see on the ballot.

They are for two judgeships; much of the time judges are appointed to the bench. But now, two people are vying to be the county's next Superior Court Judge for Office #6. Another seat on the bench, for Office #9, is also up for election; Joseph Passalacqua and Oscar Pardo are running for that seat.

MART: So why do you want this job?

LEMMON: This is a very important position, and having been a resident of Sonoma County for 33 years, raising my children here, I know that the decisions that I make from the bench will help form the society that my children will inherit. And it's very important that we have equal justice for all, special privilege for none, and not just rote punishment, but we need particularized judgment based evidence based rehabilitation

MART: For people who don't know how it works, will you explain how is it that judges are elected?

MART: So what made you decide to run for this? Is it because a rare vacancy came open?

LEMMON: It is rare that a vacancy comes open that is subject to election. The last time this occurred was 10 years ago when the Honorable Lloyd von der Mehden retired. And now we have the recent retirement of Judge Gary Nadler that has created this judicial vacancy, which has created this opportunity for me to be of continued service to the people of Sonoma County.

MART: Is this any kind of political office? Do you declare your party preference?

LEMMON: No. Judicial elections are nonpartisan. Typically judicial candidates do not disclose what their party registration is...I'm sure you can look it up on the county registrar of voters, yu will see that I am an independent, I am neither a Republican nor a Democrat because judicial candidates and judicial officers should be above party politics.

MART: How would somebody know your judicial philosophy? Do you outline your position? How do people gauge how you are going to make decisions?

LEMMON: Well, the canon of judicial ethics, which apply not only to judges, but also to judicial candidates...of which I have sworn to uphold both in my time as a pro tem judge for 17 years, as well as in this judicial election...prevent us from prejudging cases. Because every case is unique, to determine what a judicial candidate's philosophy may or may not be, one should probably look at their record. I have been a lawyer for 33 years. During that time, I have served as a prosecutor for the county of Sonoma serving as a deputy district attorney. I have served as a city prosecutor for the city of Sonoma as well. I have also served as a criminal defense attorney. I also have 33 years of civil law experience representing both plaintiffs and defendants. So I bring to this position a very fair and equitable balance between both sides, criminal and civil plaintiffs and defendants.

And that's what a judge should bring--equitable equal treatment for all. Depending upon the circumstances of cases, alternatives to incarceration are always available and oftentimes preferable. However, that does not mean to say that people who commit heinous crimes and  hurt people...commit rape robbery, murder, mayhem...these people need to be and deserve to be locked up and keep the public safe. But at the same time, many low-level offenders are deserving of a first chance or maybe even a second chance and some compassionate rehabilitation based upon evidence-based program. In Sonoma County, we are lucky to have a number of specialty courts designed for domestic violence abusers, designed for drunk drivers, designed for veterans...and we also have mental health courts, which are designed to help people get out of the system and not just be locked up forever with no hope of recovery.

MART: Okay. And further on that point, with [CA Gov. Gavin] Newsom coming out recently with this idea of "Care Court," what do you think about that?

LEMMON: I think it's too early to say whether or not care court is actually a constitutional, permissible way to deal with this homeless crisis that we have. Obviously the homeless crisis is fueled by dual diagnosis of mental health and drug addiction, but forced incarceration based solely upon mental health without committing crimes may not pass constitutional muster. However, it is falling now upon the judicial branch to take care of some of these issues, and so we have to get as creative as possible.