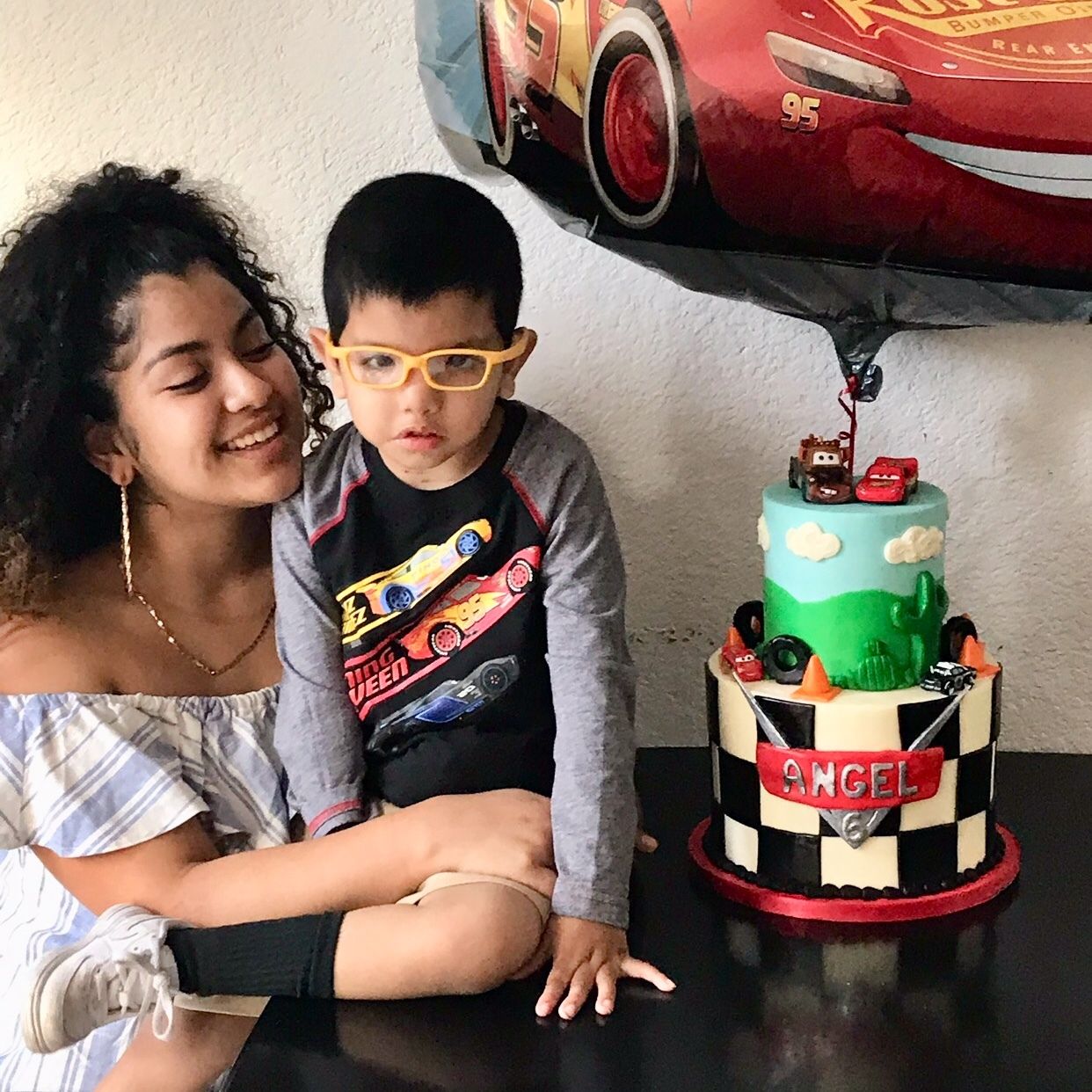 Image: Ashley Vejar and son Angel. Photo courtesy of the subject.
Kemberly Mahiri shows me one of the hundreds of thank you cards she and other counselors for Sonoma County's Teen Parent Program have received. “It just chokes me up every single time,” Mahiri tells me.

The program currently has a caseload of 115 teenagers and 93 other children. In addition to providing free counseling and home visits, the program is aimed at reducing repeat pregnancies and increasing graduation rates. According to the County’s data, it’s working. During the 2016-2017 fiscal year, 72 percent of teenagers in the program were either enrolled in school or had graduated. 80 percent of teenagers who were not already pregnant reported using contraception.

21-year-old Ashley Vejar aged out of the program when she turned 19 but remembers how crucial it was for her. “I was fourteen when I found out I was pregnant,” Vejar said. “When I found out it was a boy, I got a call a week later telling me that they were having issues finding my son’s hand.”

Vejar’s baby was born with what’s called Gastroschisis, where the intestines extend outside of the body. The survival rate is high, at over 90%, but children are medically fragile. Her six-year-old son, Angel, receives nutrition intravenously and has had to use a colostomy bag.

“I can tell you that the Teen Parent Connections has helped me because I have felt so hopeless, not being able to work, not being able to go to school. I’d stay home all day and take care of my kid, and you feel helpless, hopeless, like a nobody because you are not doing anything,” Vejar said. “My social worker would never fail to remind me that I was doing everything I could for my son and I had to take care of him and that it was never too late to go back to school.” 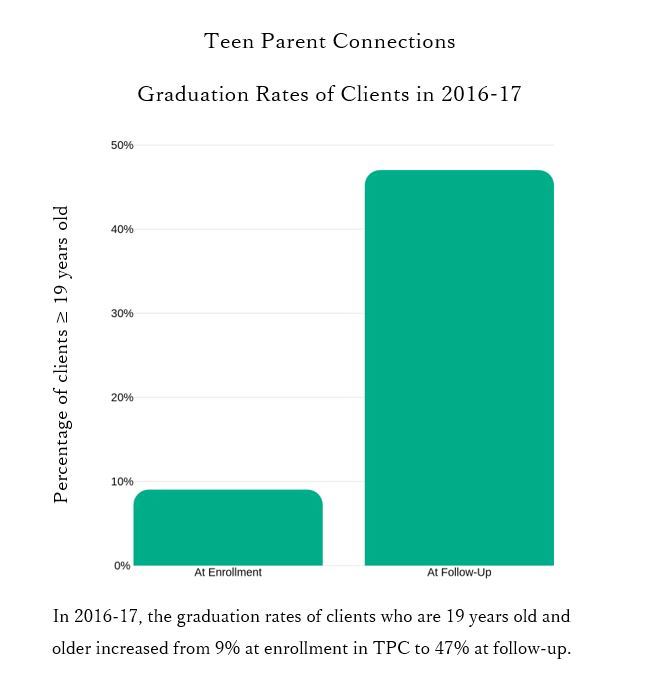 Data sourced from the Sonoma County Department of Health Services. Graphic by Isabella Bloom.The program also focuses on helping teenage parents escape patterns of abuse by teaching them coping skills. More than half of the teenagers in the program lack parental support. In addition, 20 percent of referrals have reported domestic violence and 23 percent are struggling with mental health conditions.

This program is now on the chopping block. Due in part to the October 2017 wildfires, Sonoma County had to make cuts across nearly all departments this year. The Health Services Department took the biggest hit.

Even before the fires, the Health Department was operating in the red and attempts to scale back the Teen Parent Connections program has drawn criticism in the past.

Chair of the County Board of Supervisors, David Rabbit, said there wasn’t enough revenue to make up that deficit this year.  This was also the first year the state did not backfill - or make up for - the county’s property tax loss from the homes destroyed in the fire.

“This year’s backfill to the County’s general fund would have totaled about 5.8 million,” Rabbit said. “That could have solved, obviously, a big chunk of that. We weren’t able to achieve that this year.”

If the cuts take effect as planned, Teen Parent Connections will lose all but two full-time employees, and the number of teens they serve would decrease dramatically. Program director Kemberly Mahiri says most of her staff have been told to expect pink slips in mid-September.

In the meantime, County Health Officer Celeste Philip says they are looking at other possibilities for funding these services.

“Part of what we are looking at is whether or not there are other partners who could provide some of these same services. There is the possibility that even if these reductions did go forward that we could fund the care coordination and services differently.”

For now, the program’s future is unclear, and that worries parents like Ashley Vejar.

“It is a crisis if we take this away. We’d be setting up a lot of people for failure.”
This story was supported by a grant from the USC Annenberg Center for Health Journalism’s 2019 California Fellowship.
Tweet Pin it