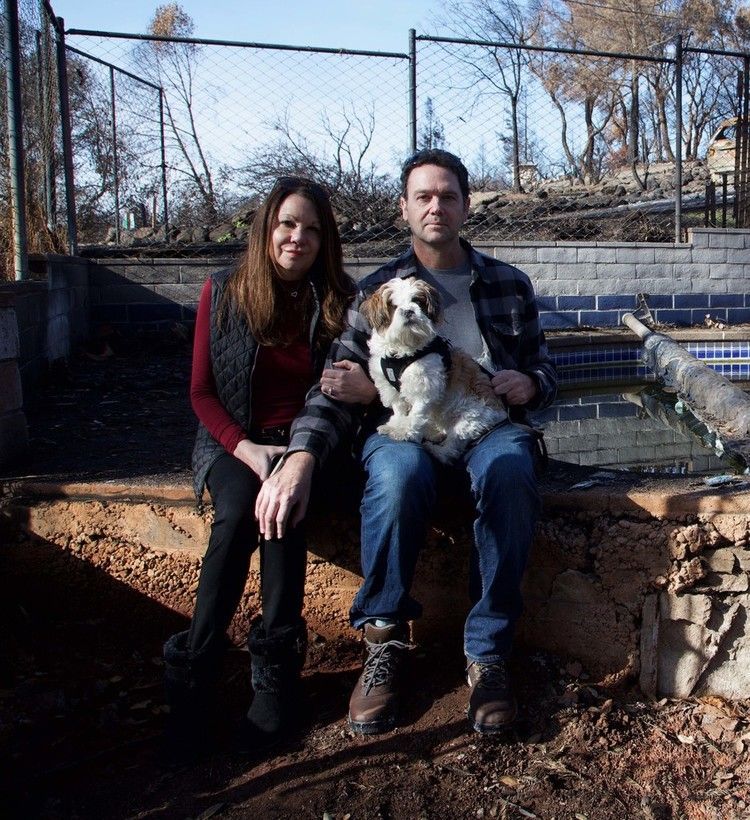 Thursday, April 19 at 7:00pm - Six months after California's deadliest fires, officials at all levels of government are working to make changes to prevent the next fire from being so catastrophic.

Among those developments: Changes to 911 scripts, emergency alert systems and electrical shutdown procedures. Additionally, a host of other potential improvements are winding their way through local governments, regulatory agencies and the state Legislature.

A five-month KQED investigation of what happened that first night of the North Bay fires, which erupted on Oct. 8, found a series of failures and missteps by both local and state officials. Our review of thousands of 911 and dispatch calls, along with dozens of interviews, revealed large systemic problems with the state’s emergency response procedures.

The review shows that even with homes burning and lives on the line, first responders and decision-makers remained hamstrung by those problematic procedures and policies. They struggled to adapt as quickly as the fires were moving.

Also, early on, electrical problems sucked resources and delayed emergency response. The power issues also delayed fire crews, who had to wait for utility workers to power down live lines.

Cal Fire is still investigating the official cause of the fires.

Some of the problems KQED uncovered — the potential for electrical fires, the shortcomings of alerts — were well-known before the fires began, and changes were already underway, or being considered, at the state and federal level to fix them.

One of the biggest challenges California officials faced during the October wildfires was how to communicate with people in the paths of the blazes. One option is what's known as wireless emergency alerts that override cellphones in a specific geographic area, and send out a message that you can't ignore.

During the October fires, county officials did not use those wireless emergency alerts in Sonoma, Napa or Mendocino counties. Chris Helgren, former emergency manager for Sonoma County Fire and Emergency Services, defended his decision not to use the alerts, saying that they were too geographically broad and too short.

The new rules require wireless providers to deliver emergency alerts to a more geographically precise area than before, up to one-tenth of a mile from the target area. And they allow the messages to run to 140 characters, up from 90.

Some counties can't even use wireless emergency alerts. Napa County, for example, is waiting for federal approval to use the system.

"If I'm used to what we do in Sacramento County, but I'm visiting Santa Barbara County when there's an emergency, I know that there's going to be some consistency in the way I'm going to get messaging," he said.

Some counties are also working to change how their agencies respond to disasters. For example, 911 operators in Sonoma County received new training in what to tell residents trapped by a fire.

And  more people in the county are also now empowered to order evacuations. The county is also updating emergency operations plans and considering whether to reorganize the emergency services division from the administrator to the sheriff.

"What we've seen from the North Bay firestorm [is that] there are emergency managers that were going off of 2-year-old protocols that had been enhanced and changed, but they didn't know because they hadn't had the training," McGuire said.

In Napa County, officials are looking at how they can better communicate about evacuation plans with people who live in hazardous zones.

Changes to the Electrical System

Pacific Gas and Electric Co. officials said they're already working with state officials to create an official procedure so that firefighters can ask the utility to shut down parts of their electric grid before extreme weather events.

"It's literally almost block by block, it's address by address, and over the course of a number of days based on weather," Pimlott said. "They're able to look at 100 customers at a time almost."

In a memo issued in March, Gov. Jerry Brown's office said it was willing to consider changes to California's liability law. Utilities say that with climate change they're not able to absorb costs from increasing disasters.

But this month legislators are considering whether to ban utilities from passing on costs to ratepayers when they are found negligent.

"If a corporation, a private corporation, is found negligent, ratepayers should not have to be able to pay for their negligence. That is a double whammy for individuals who are already suffering deeply and having to rebuild their home," McGuire said.

Fire chiefs throughout California are asking for $100 million to improve the state's mutual aid system. That money would go toward hiring more firefighters and modernizing equipment. That would allow Cal Fire and local fire chiefs to deploy staff to areas where fires could burn out of control to prevent those fires from turning into disastrous blazes, Pimlott said.

Cal Fire is also asking for permanent funding to staff up facilities throughout the state year-round, such as the bases that deploy air tankers.

"Some of these things need to be permanent ongoing funding and support because that's the new norm," Pimlott said.

Several Western state senators are also sponsoring legislation that would allow the Forest Service to use emergency funds for firefighting, while protecting funding for prevention work like clearing brush and dead trees.

"We had three catastrophic events simultaneously in California that we were trying to manage. You had fires in Southern California, the mud flows in Santa Barbara, you had the fires in Northern California," he said. "California's a nation state. It's huge. A lot of people, a lot of things going on. We need to have all of us being at a level where we can depend on each other."

PICTURED: Christina and Greg Wilson sit with their dog, Maximus, in front of their swimming pool in the burned-out remains of their Santa Rosa home. The Wilsons couldn’t evacuate the fast-spreading fires that started on Oct. 8, 2017, so they spent hours hiding in their swimming pool before finally being rescued. (Lisa Pickoff-White/KQED)