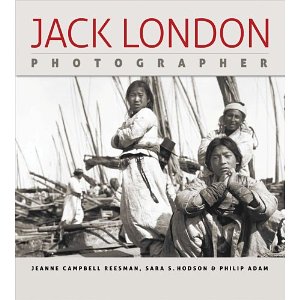 As a writer, Jack London wielded his pen as a prolific and passionate novelist, journalist and essayist. A new book reveals that he also became a skilled user of another tool—the camera. 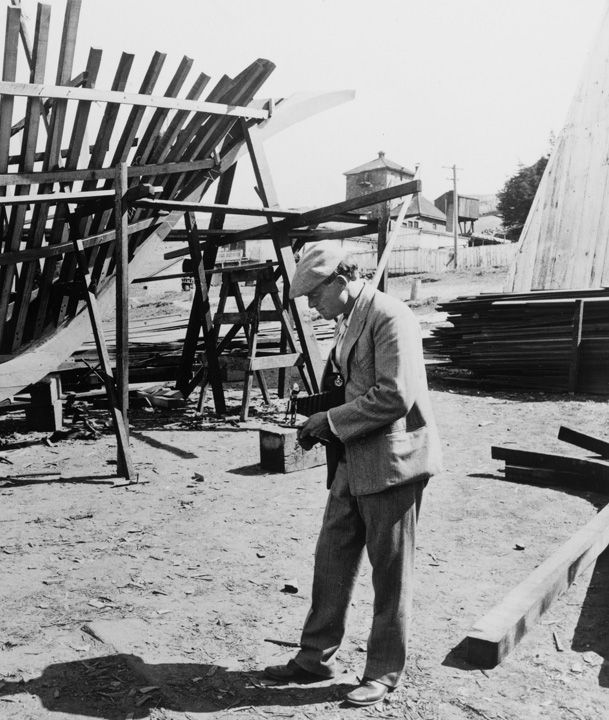 A rare picture of London behind the camera. He is seen here photographing the construction of his sailing ship, The Snark.

London often wrote about the subjects of his pictures, both in published works and correspondence. But according to  Jeanne Reesman, who prepared most of the text in Jack London, Photographer, he had little to say about his own experiences working with the camera. 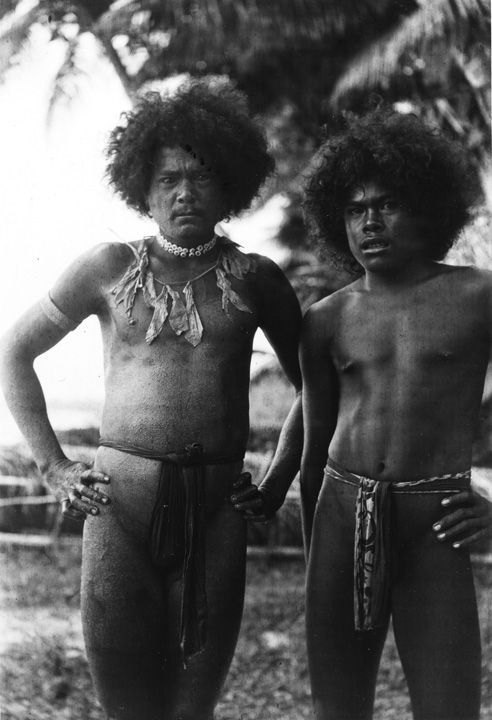 A portrait of two native tribesmen, taken by London on the Marquesan Island of Nuku Hiva (a far-flung part of present day Tahiti). By photographing them at an angle a little below their eye level, he shows respect and honors their trust. London's respect for the native people he photographed is apparent in the trust and openness they exhibit toward his camera, observes co-author Sara Hodson. She cites a portrait of a young mother holding her child as an example.

The idea for this book reaches back almost 11 years, says Jeanne Reesman, but bringing it into existence was fraught with a series of daunting editorial and technical challenges. 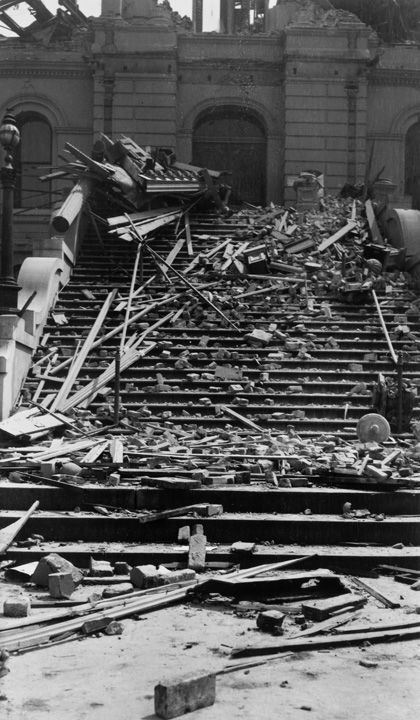 Most of the 400 photographs published in Jack London, Photographer, have not been publically seen before. A few were published along with his reporting in peroidicals of the day. The first major exhibit of his pictures in San Francisco in 2005 concentrated exclusively on his documentation of the great San Francisco earthquake of 1906, which is also a sizable section of the book.

On the morning after the quake, which was also felt strongly at London's ranch in Glen Ellen, Jack and Charmian set out for San Francisco to photograph the afternath. On route, they passed through Santa Rosa, which had also been severly rocked by the temblor. Among the pictures he took there is the image at right, of the rubble-strewn steps that had previously led up to the Sonoma County courthouse.