The concept of "Corporate Personhood" has been in place for well over a century, but recent court decisions expanding corporate influence have fueled a backlash that seeks to restrict the extension of human rights to impersonal business entities. 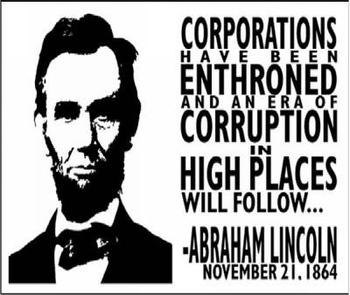 Another instance showcasing the inappropriate influence that corporate money exerts on public policy played out recently in Yosemite National Park. Abraham Entine, the North Bay coordinator for Move To Amend, recounts what happened.

Entine has been working on this issue for more than a decade, long before last year's Citizens United Supreme Court decision. For him, it began at a business trade show, where he, as a maker of products for small children, was accosted by a sales representative who was licensing images of cartoon characters. 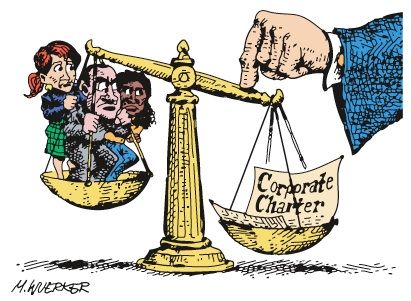 The following is the full text of the Move to Amend's proposed Consitutional Amendment:

Section 1 [Corporations are not people and can be regulated]

The rights protected by the Constitution of the United States are the rights of natural persons only.

Artificial entities, such as corporations, limited liability companies, and other entities, established by the laws of any State, the United States, or any foreign state shall have no rights under this Constitution and are subject to regulation by the People, through Federal, State, or local law.

The privileges of artificial entities shall be determined by the People, through Federal, State, or local law, and shall not be construed to be inherent or inalienable.

Section 2 [Money is not speech and can be regulated]

Federal, State and local government shall require that any permissible contributions and expenditures be publicly disclosed.

The judiciary shall not construe the spending of money to influence elections to be speech under the First Amendment.

Nothing contained in this amendment shall be construed to abridge the freedom of the press.