By partly prefabricating new houses, a Santa Rosa company is out to save builders time and money, with a stated goal of "revolutionizing the way America builds homes."

Once completed, says Clint Wilson, co-founder of HybridCore Homes, their units are seen by lenders, realtors and buyers as indistinguishable from conventionally built homes nearby. 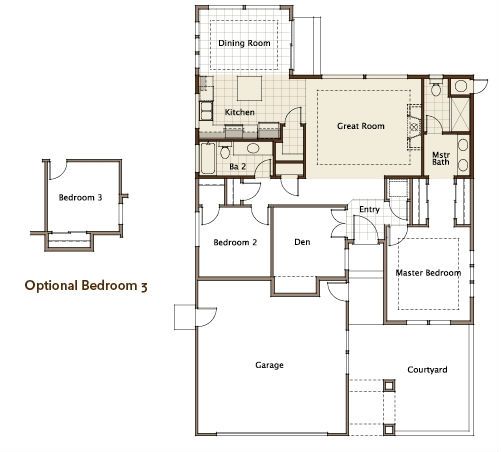 HybridCore offers a multitude of floor plans, such as these, each of which can be build with any of nine varying exterior styles, from Spanish (shown here) to Tudor to Farmhouse of Craftsman. To demonstrate the process, as well as the end result, the company has constructed a model home in Santa Rosa, and Otis Orsburn, the company's vice president for construction, says they are preparing two more for other parts of the country.

The video below tracks the construction of the Santa Rosa demonstration home in timelapse form.