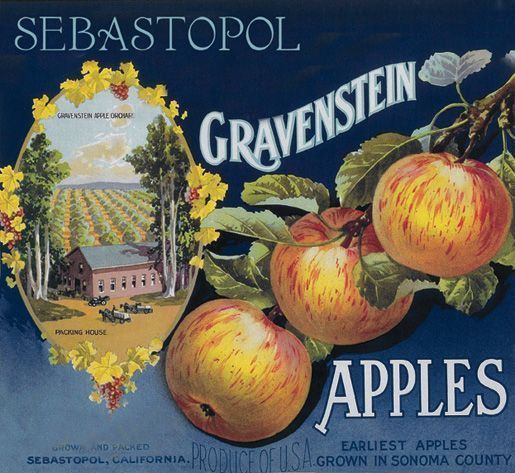 From the dominant local crop, to a specialty fruit with a fervent fan base, Sebastopol's Gravenstein apples have a long and colorful history, now documented in a newly published book. 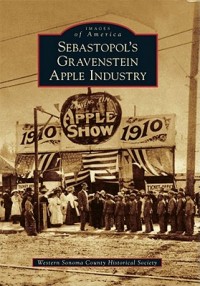 One of the most recent titles from local history specilists Arcadia Publishing,  Sebastopol's Gravenstein Apple Industry was co-wrien by four active members of the Western Sonoma County Historical Society, Frank Baumgardner, Evelyn McClure, Stacy Ruppert and Rae Swanson.  McClure explains that this book grew out of a previous project some of them had worked on together.

The U.S. Army's demand for dried apples during World War II boosted and supported Gravenstein production. But when the war ended, Evelyn McClure relates, Sebastopol's apple growers had to scramble to find replacement markets, so they tried a variety of promotional efforts. 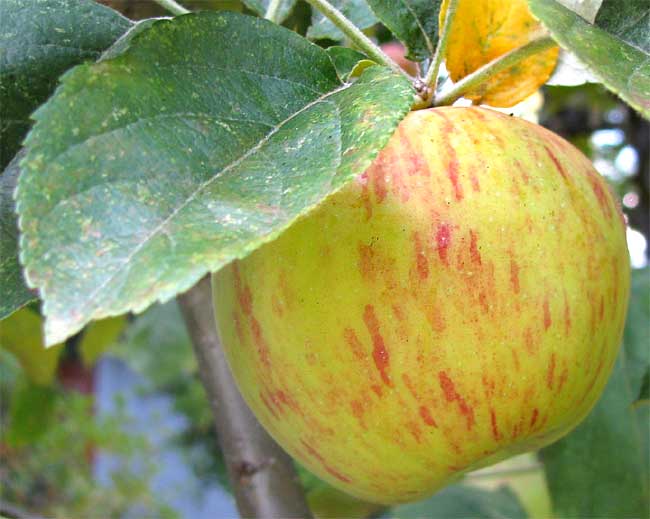 Gravensteins are not widely grown, and because they do not stand up to travel very well, these apples are either sold fresh close to where they are grown (lucky us!) or processed into juice or applesauce, which brings scant return for the growers. Even so, report Frank Baumgardner and Evelyn McClure, this variety has a well deserved reputation that reaches well beyond Sonoma County, and even Northern California. 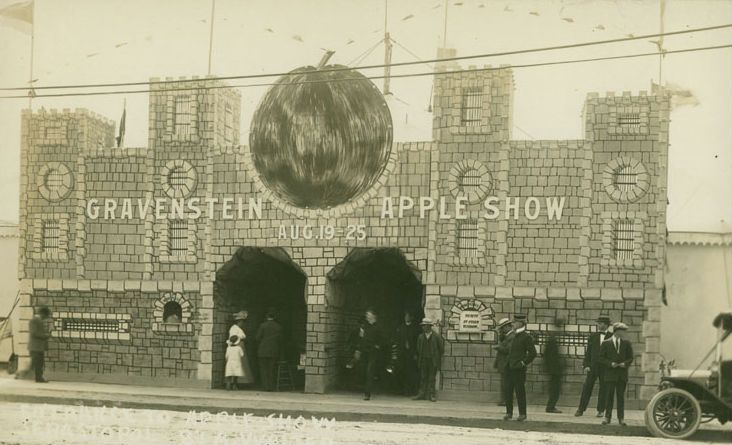 As this undated photograph shows, the first Apple Fairs in Sebastopol date back to the early years of the last century. The springtime Apple Blossom Festival is a comparative newcomer, as this year's will be only (!) the 65th annual event. It's coming up this weekend, April 16 & 17, with the theme, "Blossoms on Safari."  Details here.